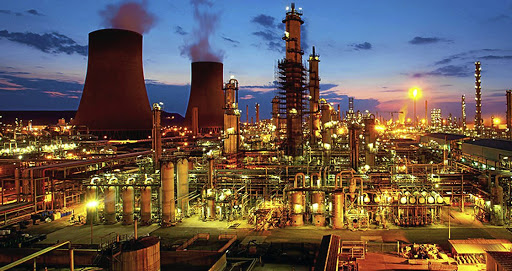 Mostly white workers took to the streets of Secunda in Mpumalanga on Thursday to demonstrate their disapproval of a share scheme offered exclusively to black staff at petrochemicals firm Sasol.

They marched‚ carried banners and listened to a fiery speech by Solidarity chairperson Flip Buys who said: “We are not strikers‚ but we have no other choice. Talk no longer helps with the management of Sasol.”

And then they grabbed tongs and started to braai.

The planned shutdown was in stark contrast to militant strike action seen‚ at times‚ in South Africa.

“Nou braai ons [Now we braai!]‚” read a tweet posted by PretoriaFM reporter Anton Meijer accompanied by a photograph of boerewors being placed on a hot grid.

The protesters had earlier marched with banners‚ some of them declaring‚ “Sasol – where your worth is based on race”‚ and shouting “Viva!”

Solidarity CEO Dirk Hermann had earlier said the union was satisfied with the protest action‚ which began on Monday morning with sit-ins and work-to-rule action‚ where employees do no more than is required by the rules of their contracts‚ reported TimesLIVE.

“This is part of the build-up to the full strike in Secunda on Thursday‚ where we will have a large protest. Everything is according to plan‚” Hermann said.

Hermann said Sasol was busy with annual maintenance and its workers knew exactly where to withdraw their labour.

While Sasol explained that the scheme was intended to comply with rules on black economic empowerment‚ Solidarity said it discriminated against white workers.