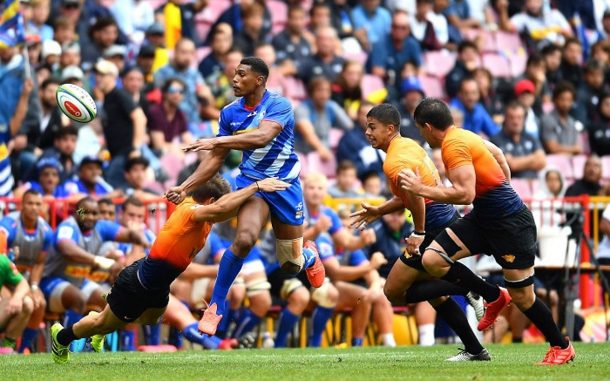 Stormers reeling after spate of ‘freakish’ injuries to key players

The Stormers left Durban having suffered a near catastrophic double whammy against the Sharks last weekend.

Not only did they go down in their first match in conference play and thus lost ground to their major rivals‚ but they will now also be without stand-in captain Steven Kitshoff and star scrumhalf Herschel Jantjies for the rest of the completion.

Lock JD Schickerling‚ who tore an arm muscle‚ is out for a month.

On top of that world player of the year Pieter-Steph du Toit suffered a rare leg injury against the Blues and is out for three months.

Prop Kitshoff‚ who had been deputising as captain in the absence of Siya Kolisi tore his pectoral muscle and will need surgery that will sideline him for four months.

Jantjies fractured his fibula and is expected to be out for three months.

Coach John Dobson referred to the injuries as freakish‚ especially when seen against the backdrop of the orthopaedic upheaval that has curtailed the on-field activities of Kolisi and hooker Bongi Mbonambi.

“It’s just something that you can’t explain. We had six guys who played in the World Cup final – five are now out on long-term injuries. It’s really freakish. It’s not because of any conditioning issue whatsoever. It’s terrible.”

Team doctor Jason Suter shed more light on the injuries that have sidelined Kolisi and Mbonambi.

“Siya is recovering really well. He is four weeks away from return-to-play. His was a 10-12 week injury‚ a Grade 3 medial collateral ligament tear.

“Bongi tore off his hamstring‚ that was a surgical case and at this stage he is on track. He’s doing well. However‚ it was a severe injury and he is expected to be out – from the time of injury – for between four and five months.”

The Stormers have also cut training in view of the suspension of Super Rugby due to the Covid-19 outbreak.