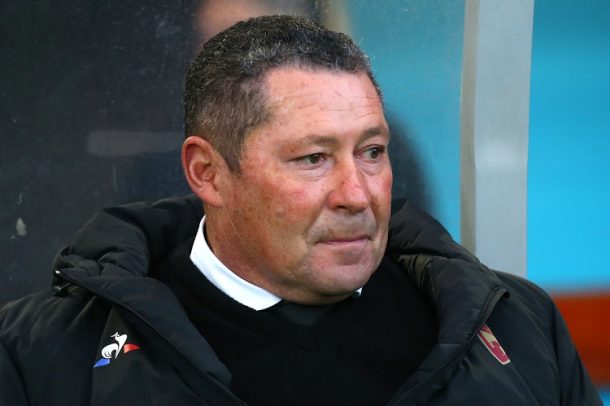 Stellenbosch FC did the best business in the January transfer window when they significantly strengthened the squad for the second half of the Premier Soccer League season‚ claims coach Steve Barker.

“I thought that this window that we done the best business in the league‚” he says after picking up Zambia international Nathan Sinkala from TP Mazembe Englebert in the Democratic Republic of Congo and Asavela Mbekile after a long sojourn on the sidelines at Mamelodi Sundowns and Orlando Pirates.

They also picked up Ovidy Karuru from AmaZulu and Granwald Scott from Bidvest Wits without having to pay any transfer fees.

“If you add in the young Tanzanian‚ Ally Msengi‚ whose work permit has now come through‚ who I believe is going to be a really top player going forward‚ then we’ve really added quality and depth to the team.

“Nathan only joined up a few weeks back and already the impact he has had in two matches has been immense‚” added Barker.

The 29-year-old Sinkala was a member of Zambia’s 2012 Africa Cup of Nations winning and also had Champions League success with Mazembe‚ as well as played in Europe with Sochaux in France and Grasshoppers Zurich in Switzerland.

Sinkala got the winner last Friday when Stellenbosch beat SuperSport United 1-0 at the Cape Town Stadium.