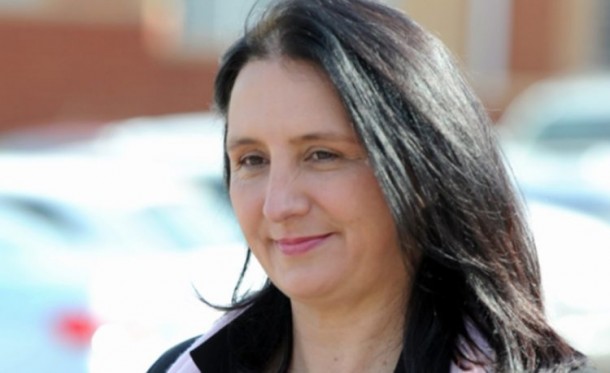 Estate agent Vicki Momberg will go to jail for her racist rant – if the state has its way.

Momberg shot to notoriety after a video of her ranting about k****rs‚ filmed shortly after she was the victim of a February 2016 smash and grab in Northriding‚ Johannesburg‚ went viral.

In that video‚ she used the k-word 48 times.

She was convicted of four counts of crimen injuria related to the incident‚ in which she verbally abused the black police officials who attempted to assist her‚ calling Constable David Clement Mkhondo a “useless k****r”.

The Equality Court ordered Momberg to pay R100‚000 in damages to Mkhondo in June last year.

Momberg was also filmed screaming that she did not want a black 10111 operator to assist her.

TimesLIVE understands that Prosecutor Yusuf Baba is expected to argue in the Randburg Magistrate’s Court on Friday that Momberg is an unrepentant racist‚ with a history of using racist insults‚ and deserves direct imprisonment.

If he succeeds in that argument‚ Momberg may become the first person in South Africa to get jail time for using racist language. Crimen injuria typically carries a fine‚ or suspended sentence as punishment.

Estate agent Penny Sparrow received a R50‚000 fine‚ or 12 months in jail‚ for referring to black people as “monkeys” in a New Year’s Day rant on Facebook.

Momberg has attempted to argue that she was temporarily insane at the time when she repeatedly used the k-word‚ as a consequence of the stress of being smash-and-grabbed but the court did not accept that explanation.