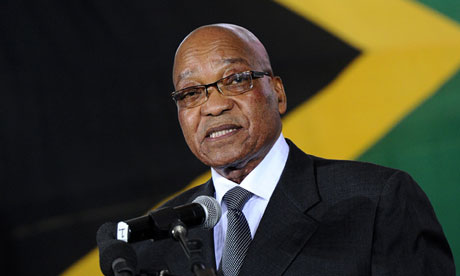 State capture report back in court – the story so far

The application by President Jacob Zuma to stop the publication of the public protector’s state capture report is due to be heard by full bench of the high court in Pretoria on Tuesday‚ but there are doubts over whether the matter will continue as planned.

On the eve of the hearing‚ two ministers launched applications seeking to interdict the release of the report.

The report‚ concerning an investigation into complaints regarding any alleged improper and unethical conduct by Zuma and any other persons related to alleged improper relationships with the Gupta family‚ was finalised by former public protector Thuli Madonsela and she meant to release it on her last day in office on October 14.

However‚ the applications by Zuma and Coperative Governance and Traditional Affairs Minister Des van Rooyen to interdict the release of the report thwarted her plans.

Madonsela sent the report to the Speaker of the National Assembly on her last day in office. The report was sent back to the new Public Protector Busisiwe Mkhwebane the next week‚ where she says it was under “lock and key”.

The High Court in Pretoria postponed the hearing of the matter until November 1 to allow a number of opposition political parties to apply to intervene.

The Democratic Alliance (DA)‚ Economic Freedom Fighters‚ the United Democratic Movement and the Congress of the People want an order compelling the Public Protector to release the report.

Zuma now seeks permission to amend the order he originally sought from the court and to postpone the hearing. This is opposed by the political parties.

Mkhwebane indicated to the court on October 21 that she was not opposing the applications by Zuma and Van Rooyen and the political parties and would abide the court’s outcome.

Van Rooyen withdrew his application on October 21‚ because he said he received an indication from the public protector’s office that there were no adverse findings against him.

But‚ on Monday‚ Van Rooyen once again applied to restrain the public protector from issuing the state capture report insofar as the report implicated him.

Also on Monday‚ Mineral Resources Minister Mosebenzi Zwane also launched an application wherein he seeks an urgent order interdicting the publication and release of the Public Protector’s findings and recommendations.

Zwane said he had no option but to now become involved in this matter‚ as he was not afforded an opportunity to answer allegations levelled against him. These allegations are contained in a letter he received from the public protector.

Zwane said the public protector could not confirm or deny if the report‚ which is now alleged to be in final form‚ makes any adverse findings against him.

The DA said on Monday the interdicts by Zwane and Van Rooyen were nothing more than carefully calculated attempts to delay matters and drag out the inevitable release of the Public Protector’s report.

“Both Ministers are well known to be Gupta proxies‚ and therefore their scrambling attempts to try discredit this report is no doubt due to the fact that they are both implicated in the report.”

The DA said the late joining by both ministers was a clear indication that their only intention was to delay Tuesday’s proceedings as far as possible.

“The real question is — are these ministers trying to save themselves and their credibility‚ or are they acting as proxies for their puppet master – the Guptas?”