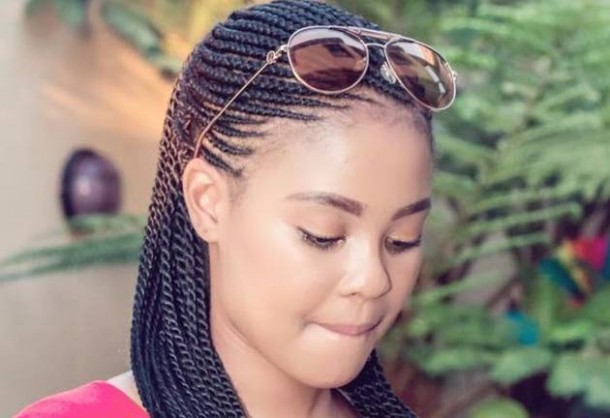 Spotlight falls on the relationship between Karabo Mokoena and her father

The relationship between Karabo Mokoena and her father has been put in the spotlight in the trial of her alleged killer‚ her on-and-off boyfriend Sandile Mantsoe.

Delivering her evidence in chief in the High Court in Johannesburg on Tuesday‚ Mokoena’s sister Bontle told the court that her father “was a very strict man” but would have done anything to protect them.

“If someone said my dad was abusing Karabo‚ that would be very incorrect‚” Bontle said.

She had earlier told the court that Karabo had refused to go back to their Diepkloof home after Mokoena had assaulted her‚ landing her in hospital with a bruised eye‚ shoulder and leg. Karabo had instead chosen to stay with a friend while she recovered.

Mantsoe’s lawyer‚ Victor Simelane‚ latched on to this point‚ questioning why Karabo felt comfortable enough to confide in her sister and mother about the assault and not her father.

Bontle replied that Karabo did the natural thing of protecting the man she loved.

“Maybe she wasn’t ready to tell my father because she perhaps wanted to protect him … She loved him‚” said Bontle.

Karabo’s friend Puleng Mthethwa also took to the stand. She too was quizzed on the relationship between the father and his daughter. She described it as loving.

Simelane suggested that Karabo had feared her father. Similar allegations had been made by his client‚ Mantsoe‚ during his bail application.

Mantsoe‚ who claims that Karabo committed suicide‚ had submitted to the court that his 22-year-old girlfriend had had many issues‚ including a strained relationship with her father.

Karabo’s father has not been a constant feature in the trial or the bail application. Instead his brother Tshepo‚ who has previously addressed Karabo as his daughter‚ has religiously been in court‚ supporting Karabo’s grieving mother and sister.

Mantsoe’s trial continues in the High Court on Wednesday. The 28-year-old forex trader is a married father of three who is estranged from his wife. He has denied killing Karabo.

He claimed that he had returned to his Sandton apartment from a business meeting in April last year and found she had committed suicide. He did not specify how she had died.

Mantsoe claimed that out of fear and panic that he would be blamed for her death‚ he disposed of her body. He drenched it in pool acid and petrol‚ putting a tyre around it and setting it alight in a ditch in Lyndhurst.

Karabo’s body was so badly charred that a post-mortem failed to conclude how she died or whether she was alive when she was set alight.

Mantsoe faces charges of premeditated murder‚ defeating the ends of justice and assault with the intent to do grievous bodily harm. He has pleaded not guilty to the charges.