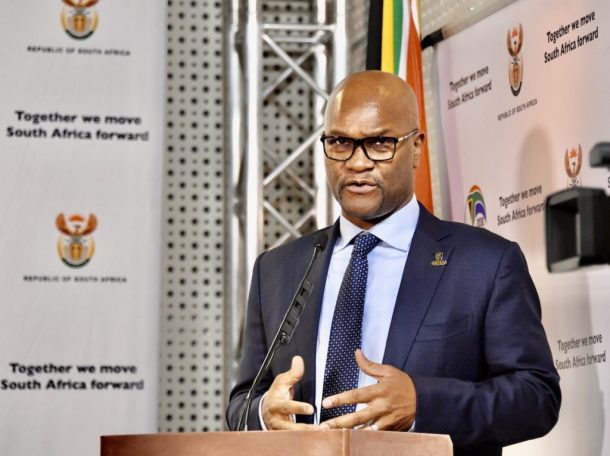 Sports minister Nathi Mthethwa has issued an ultimatum to the Cricket South Africa (CSA) members council and given them until the end of business on Tuesday to reconsider their defiant stance or risk facing his wrath.

This comes a day after the members council‚ which is made up of the 14 affiliates presidents and is CSA’s elected highest decision-making body‚ voted against amendments in the Memorandum of Incorporation (MOI) to allow for a majority independent board and an independent chairperson with no affiliation to cricket at a special general meeting on Saturday.

Mthethwa said it is a “sad fact” that the motion was defeated after 75% of the needed majority could not be reached to adopt the amendments.

Mthethwa released a statement a day later on Sunday and told the members council that they have left him with no choice but to invoke his powers in terms of section 13(5) of the sports act and withdraw government funding and recognition of the organisation.

In a letter to the members council on Monday‚ which TimesLIVE has seen and is circulating on social media‚ Mthethwa confirmed he still has not invoked powers bestowed on him in section 13(5)(c)(i) – (i) of the sport act. But he added that he has reached a stage where he is required to do so.

“Before doing so‚ I call upon the MC to show cause by no later than 17h00 on Tuesday 20 April 2021‚ why I should not invoke my powers in terms s13(5)(c) of the act by inter alia (a) directing SRSA to refrain from funding CSA‚ (b) notifying CSA in writing that it would no longer be recognised by SRSA‚ (c) publishing my decision as contemplated above in the Government Gazette at the earliest opportunity‚” Mthethwa threatens the members council in his letter.

The clause Mthethwa refers to states that if a national federation fails to adhere to a decision of the mediator or directive issued by the Minister‚ the minister my “(i) direct Sport and Recreation South Africa to refrain from funding such federation; (ii) notify the national federation in writing that it will not be recognised by Sport and Recreation South Africa; and (iii) publish his or her decision as contemplated in subparagraphs (i) and (ii) in the Gazette.”

It is not clear how minister Mthethwa expects the CSA members council to reconsider its position.