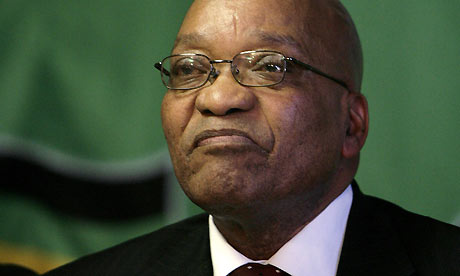 Soweto gathering to decide on push for Zuma’s resignation

A consultative meeting to call on President Jacob Zuma to resign is set to meet tomorrow in Soweto.

The coalition‚ which includes civil society‚ churches‚ social movements‚ activists and ANC stalwarts‚ is set to meet at the University of Johannesburg’s Soweto campus from 10am to decide on steps to be taken after the Constitutional Court found that Zuma had failed to “uphold‚ defend and respect” the Constitution in the handling of the public protector’s report on upgrades to his private Nkandla residence.

Former Congress of South African Trade Unions general secretary Zwelinzima Vavi said it was “all systems go” for the meeting to take place after a final preparatory session was held on Thursday afternoon.

Saturday’s will take place as the ANC launches its local elections manifesto in the Nelson Mandela Bay metro.

There would be “no doorkeeper” and the public were welcome to attend‚ Vavi said. But he warned that political parties should not seek to “hijack” the event – they would be welcomed as citizens.

The group seeks to pile pressure on the ANC and Zuma after the party’s national leadership accepted his apology for the “frustration and confusion” over the handling of the Nkandla matter.

The meeting will include peoples from diverse backgrounds who are concerned about the state of the country to come together to discuss ways to “defend democracy”‚ Vavi said.

Duma Gqubule‚ spokesperson of the People’s Consultative Assembly‚ said: “Freedom Day‚ April 27‚ is around the corner. We call on everyone to make this a day of action. This year we must use Freedom Day to reclaim a freedom that has been stolen by Zuma and his cronies.”

The event in Soweto will coincide with meetings in villages‚ townships‚ churches and informal settlements to “seek solutions” for securing the resignation of President Jacob Zuma.

It is likely to culminate in a day of protest to take place on April 27. On Friday‚ the Democratic Alliance held a marched to the Constitutional Court‚ calling for change from the ANC-led government and its stoic defence of Zuma.