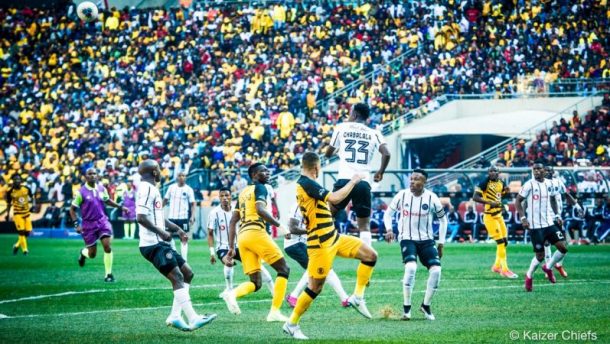 The Soweto Derby between Orlando Pirates and Kaizer Chiefs on Saturday has a myriad of talking points as the teams tussle for not only bragging rights‚ but also three vital Absa Premiership points.

TimesLIVE picks out five of these that bring extra spice to the encounter at the FNB Stadium … if any were needed.

1) History in the making?

Pirates are currently on a six-game winning run in the Absa Premiership and stand on the brink of history having never before won seven in a row since the start of the Premier Soccer League 24 years ago.

The turnaround in fortunes for The Buccaneers since the arrival of coach Josef Zinnbauer has been stark‚ and their ability to collect victories has also seen them re-enter the championship race with a late charge.

Their current six-game winning run has been matched twice before‚ in the 2002/03 and 2010/11 seasons‚ but no coach has managed to get them seven wins on the bounce.

It would not only be a great piece of history for Zinnbauer‚ but also cut the deficit at the top of the league between them and Chiefs to just three points‚ albeit that they have played a game more.

Chiefs coach Ernst Middendorp has yet to taste Soweto derby defeat in a competitive fixture as he prepares to meet Pirates for an eighth time in the colours of the AmaKhosi.

The German coach is in his second spell with the club after a previously being in charge from July 2005 to March 2007‚ before returning in December 2018.

In that time he has met Prates on seven previous occasions‚ and looks to have their number with three victories and four draws.

Two of those stalemates ended in penalty shoot-outs that were won by Chiefs‚ in the final of the 2007 Absa Cup and the Telkom Knockout quarterfinals in this season.

It is a solid run of success‚ though the rider to it is that he has only one outright victory in the last five Soweto Derby games in which he has been in charge.

3) Can Castro grab the headlines again?

It remains to be seen whether Chiefs striker Leonardo Castro gets a run on Saturday but one thing is clear – Pirates are his favourite opponent in South African football.

Castro arrived in South Africa ahead of the 2015/16‚ signing for Mamelodi Sundowns before later joining Chiefs in January 2018.

In that time he has managed six goals in nine games against Pirates in the colours of both Sundowns and Chiefs‚ by far his most prolific record against any opponent.

It is a game he appears to relish‚ and has already netted in both previous derby matches this season.

While Samir Nurkovic and Khama Billiat may grab more headlines‚ against Pirates‚ at least‚ Castro is the man.

4) Who will feel the title pressure?

When Zinnbauer took over at Pirates in December‚ they were dead and buried in the Absa Premiership title race.

They were 17 points behind league leaders Chiefs‚ and only four off the relegation zone as they stuttered and stumbled through the early part of the campaign.

The best they could realistically hope for‚ it seemed‚ as the halfway mark of the league approached‚ was to secure a top eight place and rebuild for next season.

But fast forward two months and they have cut that deficit against Chiefs to six points and have comfortably been the form side in the top-flight.

No team has scored more than their 12 goals in the previous six games‚ and no side has conceded fewer than their three‚ which has put them firmly into the title race.

But does that now bring with it a new sense of expectation‚ with their form being so good that they are expected to be in the title mix come the end of the season?

How will a team that has to this point played with freedom under Zinnbauer‚ with a sense of nothing to lose‚ react to suddenly be expected to win every game?

Chiefs will hope to complete a feat they have not achieved since coach Middendorp was first in charge during the 2005/06 season … complete ‘home and away’ league wins over Pirates in a single season.

It is a strange statistic‚ though not that Pirates have been all that much better‚ their last back-to-back league wins in a single season came in the 2008/09 campaign‚ despite a run of recent dominance over the AmaKhosi in the past few seasons.

During Middendorp’s first spell in charge the club claimed a 2-0 home win in October 2005‚ and then just two months later completed a 1-0 away success.

In the almost 15 years in between‚ the Naturena side have failed to repeat that ‘Double’ success‚ but go into Saturday’s clash with the chance to make amends following their 3-2 league win earlier in the campaign.

While the achievement would be a sideshow to the three points the AmaKhosi would collect in their bid to win the league championship‚ it would provide a significant boost in confidence and more bragging rights for fans.