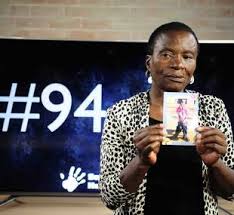 An elderly woman suffering from schizophrenia and dementia spent 58 years as a patient at Life Healthcare Esidimeni. She died just 19 days after being transferred to an NGO in Gauteng.

The woman‚ known only as “patient 16”‚ was one of several mentally ill patients whose condition was satisfactory for years – until they were moved to facilities that were not properly equipped to care for them in the province.

Details of 38 patients – and how many days they died after being relocated from Life Healthcare Esidimeni – are contained in the annexures to this week’s damning report by the Health Ombudsman.

At least 94 patients died after being transferred to 27 NGOs across the province in a tragic cost-cutting exercise.

“Patient 5” died just eight days after being relocated. Records show that he was a 36-year-old man with dementia and schizophrenia. The duration of his stay at Life Healthcare Esidimeni was “unknown”.

Of the 38 patients‚ 22 were men and 16 women. The average age at death was 58 years‚ with the youngest being 26 years and the eldest 86 years. Most of them were reported to be in a stable condition‚ although some were frail‚ when they were relocated.

Health Ombudsman Malegapuru Makgoba said that the manner‚ the rate‚ the scale and the speed of transferring such large numbers of patients was reckless.

In one case a 52-year-old female who stayed at Life Esidimeni for 36 years and was in a stable condition‚ died 12 days after being transferred to Takalani Home in Soweto. Another‚ unknown woman died seven days after being moved to the Precious Angels home

According to the report‚ 13 patients’ state of mental health was unknown to the health department. There were no records indicating how long five of the patients had stayed at Life Healthcare Esidimeni.

“One of the things I found during the investigation is that the department failed to record information of patients correctly. I found that their data capturing was misleading and erratic‚ in such that some patients had two different dates of death or no record at all‚” said Makgoba.