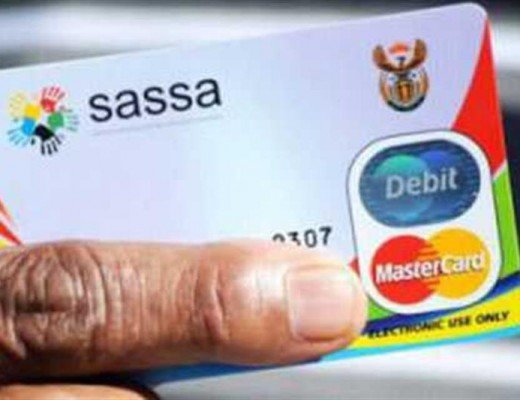 The South African Social Security Agency (Sassa) and the South African Post Office (Sapo) on Monday assured grant recipients they would continue to get paid on time every month.

The two organisations were reacting to a report in City Press‚ which stated that Sapo was losing at least R60m a month distributing social grants.

The report said the situation was so dire that Sapo was considering shutting down many cash paypoints around the country.

The report also said that the high cost drivers for this loss were cash-in-transit heists and security fees‚ which the Post Office had to pay to ensure hard cash was delivered effectively to its paypoints.

“The weekend media reports suggesting that the post office may not be able to process social grants payments are incorrect. We assure everyone that social grant payments to all the more than 11 million Sassa beneficiaries will not be disrupted‚” Sapo and Sassa said in a joint statement.

“The Sassa/Sapo gold accounts are opened and managed in accordance with the contract between Sassa and Sapo.”

They said social grant beneficiaries then had a choice as to where they wished to access the funds. This may be through bank ATMs‚ merchant point-of-sale devices‚ post offices or at Sassa cash paypoints.

“There is no requirement for Sapo funds to be utilised to pay grant beneficiaries. Therefore‚ the weekend media reports are inaccurate to state that beneficiaries might not get paid because of Sapo.”

The organisations said the report that Sapo was considering closing grant payments paypoints was also inaccurate and misleading.

“There are 1‚740 cash paypoints throughout the country‚ which are serviced monthly.”

They said these paypoints were located in mostly rural areas‚ where there was no national payment infrastructure.

“Sassa has the sole prerogative to determine these paypoints and not Sapo.”

Sapo said the claim‚ based on an internal discussion document expressing the views of an individual‚ that it was losing R60m on the Sassa grants payment contract‚ was inaccurate.

“The R60m cited in the report actually reflects a cost figure of Sapo that is associated with the grants payments contracts and not a loss. On the contrary‚ the Sassa contract presents a necessary revenue stream for Sapo.”

Sapo said the point of discussion in the document related to the manner in which Sapo was able to structure a number of its cost fundamentals to better the financials of the Sassa payment contracts.

“Sapo’s current business turnaround efforts‚ and pursuit for additional revenue streams‚ have no bearing on its grant payments relationship with Sassa‚ which is a long-term contract.”