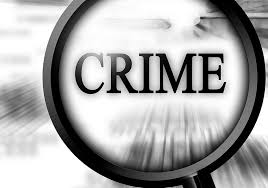 A sexually-explicit video‚ purportedly of a 14-year-old girl‚ has been causing a stir on social media since it surfaced on Wednesday‚ with many people sharing the footage or asking for links to it. But experts have warned that in doing so‚ they are not only violating the girl’s rights‚ but committing a crime.

The director of Media Monitoring Africa‚ William Bird said that the child has civil rights that allow her to potentially sue every person who shared the video across social media platforms. He also said she should get psychological support.

“There is extensive legislation dealing with this‚ most prominently the Film and Publications Act. We need greater awareness of sharing these videos online. The law can only do so much. It is up to all citizens to identify and then immediately report them.”

Bird said the scale of child pornography on social media was not known‚ but with the wide availability of camera-equipped cell phones‚ it was likely to continue rising.

The South African Police Service (Saps) echoed his warning. “Anyone who is in possession of the video and has distributed it can face criminal charges with a possible five years’ imprisonment‚” said national spokesperson Brigadier Vishnu Naidoo.

Saps advised parents to learn more about their children’s cyber activities‚ including the language they use online and warn them of the risk of meeting predators online who can take advantage of them.

Parents should also become involved and establish ground rules‚ even if they respect their children’s privacy. This includes knowing their passwords and teaching them how to protect their image on the internet.

It also suggested they talk to mobile phone operators about filtering software to block inappropriate content and websites.