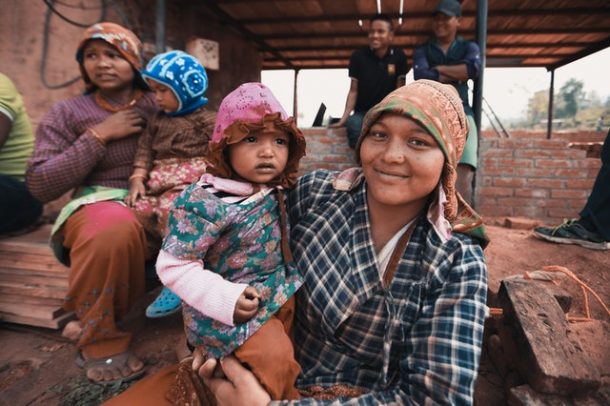 Shaming teenagers into keeping unwanted and unplanned pregnancies is abuse and must not be condoned by society or healthcare professionals‚ says principal clinical psychologist at Chris Hani Baragwanath Hospital‚ Jasmin Kooverjee.

This is in response to the latest Stats SA report on teenage pregnancy.

The report revealed that 33‚899 births registered in 2020 occurred to mothers aged 17 years and younger. More than 600 mothers aged 10-13 years had given birth earlier but only registered the births in 2020‚ while 499 children in the same age group gave birth last year.

Kooverjee said healthcare providers needed to handle cases of teenage pregnancy sensitively‚ as some young mothers were victims of rape. She said teenagers should be allowed to explore adoption or abortion without being shamed for making these choices.

“It is not OK to force a rape victim to keep their baby just for the sake of not terminating the pregnancy. It causes massive bonding issues because the child was born out of trauma. The child may also be stigmatised and may end up in the vicious cycle of abuse because they were rejected by their mother‚” she said.

The fear of being shamed at state facilities and exorbitant costs at private health facilities exposed desperate pregnant teenagers to the health-threatening option of illegal abortions.

The Choice on Termination of Pregnancy Act stipulates that a pregnancy may be terminated in the first 12 weeks. However‚ there is an exception to terminate the pregnancy between 13-20 weeks if it was a result of rape‚ incest or if it poses a risk to the mother’s mental and physical health. The abortion at this stage of the pregnancy must be signed off by a medical professional.

Murombedzi said some teenagers experienced shaming at home even before they visited healthcare facilities. She added that some families imposed their anti-abortion beliefs on children‚ completely disregarding their trauma and the long-term effects of parenting an unwanted child.

“Sometimes you find that these girls were raped and their families decide to keep the baby because they don’t believe in abortion‚ yet there is this child who has to soldier on‚ field the truth of what has happened to them and put on a brave face and continue as if nothing happened.

“One of the girls we had was suicidal. She didn’t want to go back to school. Her mother was an alcoholic and her father was abusive. He didn’t believe she was raped‚ saying she was probably just having sex. He said he didn’t want to have the baby in the house‚” Murombedzi recalled.

Emotional‚ family and community support is vital for pregnant teenagers

Murombedzi also said some teenagers lacked family and community support during pregnancy because of the assumption that the child consented to have sex and the pregnancy.

While there were situations where two consenting teenagers found themselves in unplanned parenthood after engaging in risky sexual behaviour‚ most teens were rape victims. Failure to acknowledge their abuse often led to more abuse when they were labelled rebellious‚ promiscuous and accused of lying about their rape.

She said these interactions‚ which often happened in the early stages of their pregnancy‚ were immediate indicators that the child would carry the burden of abuse without any support.

“Psychologically‚ the pregnancy of a child who is not mentally ready to carry it will always have a negative impact. Then you look at the absence of an immediate structure about them‚ be it an immediate family or the child’s father and society as a whole.

“If you are isolated from those groups because you are pregnant‚ you find yourself in limbo and have no sense of belonging. You are traumatised and you don’t know what is happening. Being pregnant is a huge demand on their psychology‚” said Murombedzi.

The report also revealed it was missing 60% of the information about fathers of children registered and born in 2020.

It attributed this to section 10 of the Births and Deaths Registrations Act which prohibits unmarried fathers from having their information on the birth certificates of children born out of marriage. This section was ruled unconstitutional by the Constitutional Court in September.

Kooverjee said in instances where the pregnancy happened between two consenting teenagers‚ their families needed to prioritise support over accountability and punishment.

“Family‚ school and community support is vital. When it comes to the father of the child‚ there are different scenarios. Any child 16 and under is a victim of statutory rape. If the child’s father is more than two years older than 16 or under 16 years old‚ he is an abuser.

“If the father is a child himself‚ how can we expect him to cope because he is a child? If it’s two consenting teenagers‚ then both their families need to support them but how accountable can we hold these children?” said Kooverjee.

Kooverjee added that there was a concerning increase in mental illness among pregnant teenagers and young mothers because they were not cognitively and emotionally ready to assume the role of motherhood. She said without any support‚ young mothers were at risk of falling even deeper into depression and other mental illnesses.

Complicit families and the abuse of tradition to escape prosecution

Murombedzi said there was a concerning trend of rapists who used accepted traditions to pay families of their victims for “damages”. She said families were complicit in their abuse because they ignored that their child had been violated.

“We had a 13-year-old girl at our Alexandra clinic who had fallen pregnant after she was raped by two men in their 50s. They gave the child money for an abortion. Her schoolteacher discovered the child was pregnant and was in the process of undergoing an abortion because she was bleeding extensively.

“She informed the mother who initially appeared to be unaware. However‚ it later emerged she may have gathered funds from these men by way of damages‚” she said. In another instance‚ a man in his 50s escaped prosecution and instead paid off the family of a 15-year-old girl he had raped.

“It becomes complicated. We don’t see many rapists because they activate other systems before the families seek out the criminal justice system. They negotiate with the uncles or in our churches and plan marriages‚” she said.

“The parents‚ by going into that negotiation with perpetrators‚ are condoning their action and gaining financially from it. The rape becomes secondary and what must be a criminal matter is then avoided.

“The transaction affects a child’s sense of self‚” she said‚ urging communities not to take matters into their own hands. “What is shocking is that communities are resolving this by normalising it and we’re trying to do everything we can not to normalise sexual abuse‚ especially not in minors‚” she said.

Educate and empower boys and girls about sex and sexual behaviour

Henderson said girls and boys must be taught from an early age about their rights‚ sexual and reproductive health as well as consent. Girls should have agency over their bodies‚ said Henderson.

“Never use your body as a transactional object. Never allow anyone to use your body to please someone to feel accepted. You have the choice to abstain and those about you need to respect that‚” she said.

She said both boys and girls must be taught what she terms healthy and unhealthy sexual behaviours.

“Any kind of activity where there isn’t consent‚ someone is being violated. An unhealthy activity is the violation of someone’s body in any way where there is no consent.

“It is also emphasising that when you do violate someone’s body‚ there are legal consequences that should not be taken lightly. Teenagers are not aware of that and they are not clear on that boundary about what is OK and what is not OK‚” said Henderson.