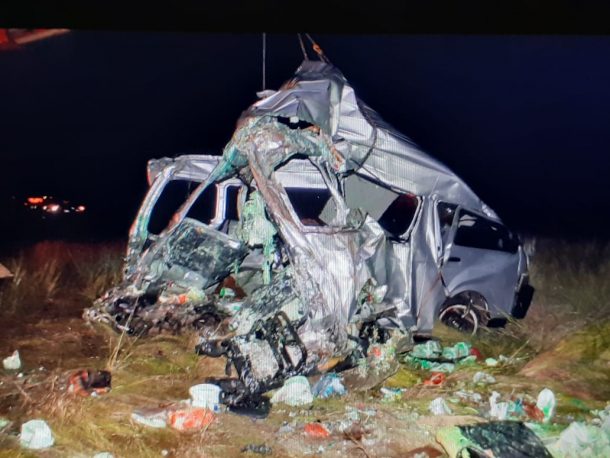 Seven dead as taxi and truck collide in Hectorspruit

Seven people died when the taxi they were travelling in crashed into a truck in Hectorspruit‚ near Komatipoort‚ the Mpumalanga community safety department said on Wednesday.

The collision occurred at about 11.30pm on Tuesday night.

“It is suspected that the driver of the taxi may have lost control before crashing into the side of the truck‚” said community safety spokesperson Moeti Mmusi.

The taxi driver died in the crash‚ while the truck driver was injured.

“Eight more people were seriously injured‚” he added. They were transported to hospital.

Mmusi said the taxi was reportedly travelling from Johannesburg to Mozambique.

“Transportation of goods and people are the backbone of our economy and therefore more caution should be applied by the drivers at all times so that deadly crashes are drastically reduced‚” Shabalala said.

“Billions of rand are lost annually to deal with the aftermath of these deadly crashes‚ which are mostly preventable‚” she added.