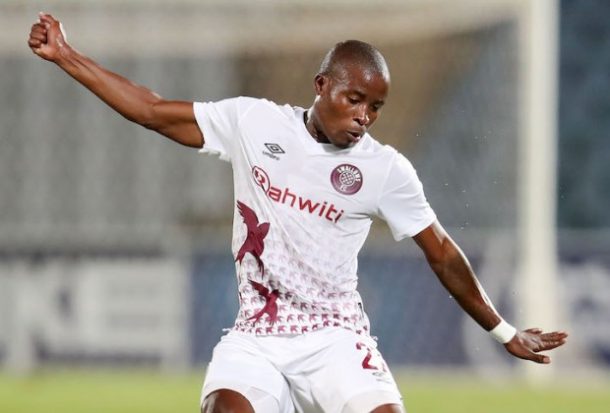 Swallows FC defender Thabo Matlaba has strongly dismissed suggestions from certain quarters that the wheels are coming off for the high-flying Birds following a run of four successive draws in the league.

The last time Swallows won a league match was on January 16 when they narrowly beat Baroka FC 1-0 and their recent run has seen them drop eight points in draws with Chippa United‚ Mamelodi Sundowns‚ SuperSport United and AmaZulu.

“I wouldn’t say the wheels are coming off‚” said former Orlando Pirates and Bafana Bafana defender Matlaba‚ who is part of the leadership group at Swallows with the likes of captain Lebohang Mokoena and Vuyo Mere.

“To be honest with you‚ we are not too worried about the recent draws because at the beginning of the season we didn’t plan that we are going to challenge for the league.

“We always go out there to try and win every game and sometimes we don’t get it right but we are not worried with what has happened over the last four matches.

“Even if we get another draw in our next match against Cape Town City this weekend‚ we will not have a problem with that because the most important thing for us is not to lose matches and lose momentum.

“We don’t want to be discouraged by people who are saying we have too many draws. They are saying we are having too many draws but look at our position on the log. We are doing great so far at the top half of the log and this team is new in the PSL.”

During this lean four-match spell‚ the Birds have only managed to score three goals and Matlaba admitted that’s an area they need to improve on.

“In our last match‚ the coach has touched on this issue of us not scoring goals. He told us that we are doing great in terms of general play but we are not creating enough chances to increase chances of attackers to score goals.

“But we are working on that this week at training before our match against Cape Town City. Scoring goals is what is missing in our team and we need to get that right as midfielders and even defenders so that we help our strikers.”

As one of the senior players in the team‚ Matlaba said he enjoys helping the younger players get used to the rigours of the PSL.

“It’s all about respecting other the players and helping where we can because we [the senior players] have enough experience of playing in the PSL. We know how it is to play in the PSL and we must do everything to help the younger and inexperienced players so that we achieve what we want to achieve.