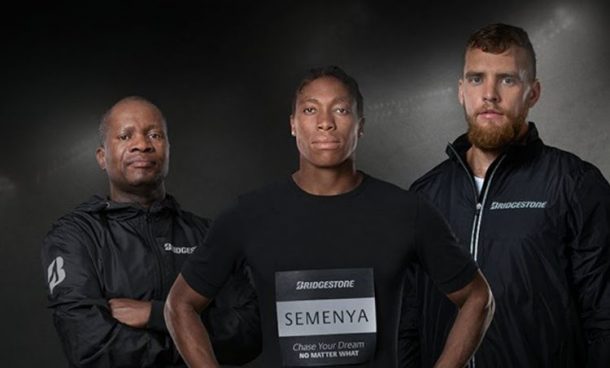 Videos of their personal stories of triumph over adversity were screened at the launch in Johannesburg.

In hers‚ Semenya speaks about the hurt and pain she endured at the 2009 world championships in Berlin‚ where she burst onto the international stage to widespread ridicule amid questions over her gender.

At one point in the video there is footage from Rio 2016‚ just before Semenya’s 800m final — in the frame is Briton Linsey Sharp‚ one of the South African’s most vocal critics.

At that point‚ Semenya is talking: “I know who I am‚ I know what I stand for.”

Semenya went on to claim her second Olympic gold in that race‚ while Sharp ended sixth.

Brittain’s story focuses on his battle to overcome cancer in 2014‚ and then his comeback in 2015 to squeeze into the world championship team and then take second in the men’s pair in Rio.

Thugwane‚ winner of the marathon at Atlanta 1996‚ recounts how running helped to feed his family.
Brittain was six when Thugwane surprised the world with his victory‚ but older brother Matthew‚ has a better memory.

“I just remember it. When they told me he was one of the other ambassadors I was like‚ that’s so cool. I phoned my brother and told him and he really loved Josia‚ he was one of his heroes. He told me make sure I get a picture with him.”

The Tokyo Olympics are scheduled to kick off on July 24.