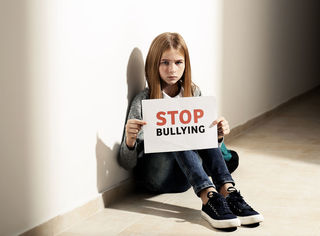 Childline Gauteng director Lynne Cawood says bullying in schools is indicative of the high levels of violence in SA.

“Children learn to react aggressively as a result of the violence they observe and experience in the country. It is a systematic problem and needs to be corrected collectively‚” she said.

In the few weeks since schools began the new academic year in Gauteng‚ already two violent incidents of bullying have been reported.

In one incident at Modiri Secondary school in Garankuwa‚ a 19-year-old girl was arrested after two videos depicting her assaulting a fellow pupil went viral on social media.

In an assault that happened in full view of other pupils‚ the alleged bully is seen throwing punches at her defenceless victim who is trying to cover up her face.

At the time‚ department spokesperson Steve Mabona said the Modiri’s school governing body would be requested to provide reasons why it should not be disbanded.

Cawood said the Gauteng education department had engaged with Childline in the province over a two-year contract to provide psychosocial support to school communities.

“We do commend the department for their progressive attempt to deal with the underlying causes of bullying through the provision of psychosocial services‚” she said.

She added that through their face-to-face counselling at their centres in the province‚ they have established that many children have a behavioural problem.

“When we investigate their behaviour‚ we find that most of them have experienced trauma‚” she said.

Last Wednesday‚ a 17-year-old pupil from Roodepark High School was admitted to hospital after an alleged bullying incident at the school.

The pupil was allegedly slam-dunked onto the concrete by a fellow pupil during an altercation and subsequently admitted to hospital.

The mother of the boy who was allegedly bullied by a 15-year-old pupil says her child was sensitive to light and sound since the incident occurred.

“My boy is at home and is sleeping all the time‚” said the mother‚ who didn’t want to reveal more details as she claimed it would jeopardise an investigation into the case.

Mabona said the department had since established that three pupils were involved in the incident.

“Though the perpetrator was immediately suspended and due to appear at the DC hearing‚ on February 10‚ it was recommended that the other two learners must also be charged accordingly‚” he said after the department’s visit to the school on Monday.

He said teachers were present in and around the school but unfortunately “this incident happened within seconds”.

Mabona added that the in-house nurse was called to provide necessary emergency assistance‚ however the pupil was taken to a local hospital as instructed by his mother.

“Fortunately‚ he [17-year-old pupil] was on Saturday‚ discharged from hospital and he is currently recuperating at home‚” he said.

Mabona said police were investigating two assault cases from both the perpetrator and the victim and that all schools in the province were empowered with necessary protocols on how to best handle cases of bullying.

He said school committees must assist in enforcing necessary policies and codes of conduct. “Transgressors must be managed as per policy. In the event a learner is expelled‚ the department still has an obligation to place such learner at an alternative school‚” he said.

Citing the 2016 Optimus Study‚ Cawood said children grow up in fear as they are aware of the problems in the country.

“Children get the impression that they can either be the victim or the bully‚” she said.

The department of basic education provides tips on its website which they believe can help parents understand the problems their children may face when harassed at school.

It states on the website that parents and educators must stay vigilant‚ look for warning signs and attempt to address problems quickly.

Some of the warning signs of bullying according to the education department are a sudden decreased interest in school‚ loss of interest in favourite school activities and a decrease in quality of schoolwork.

Other signs include frequent illness such as headaches and stomach aches‚ arriving at home with unexplained scratches‚ bruises and torn clothing.

Cawood said Childline Gauteng is on standby to assist any child or family who is experiencing any form of violence.