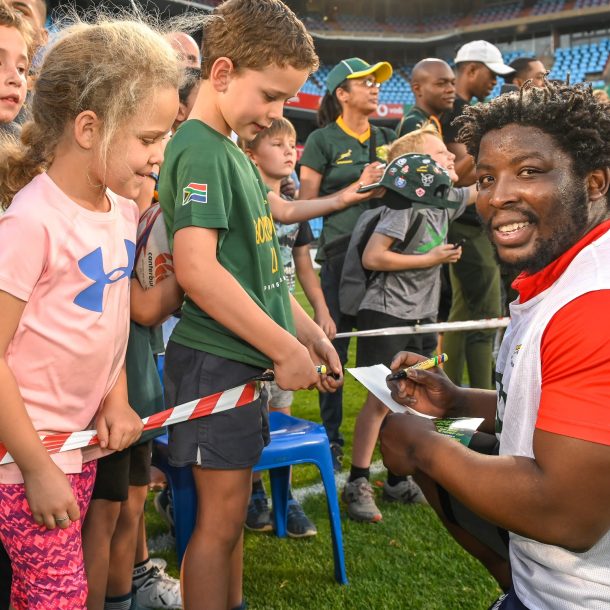 Even if his relationship with the Green and Gold has by and large been unrequited‚ Scarra Ntubeni is still driven by the ambition of playing for the Springboks.

He has been a solid performer for the Stormers and has been the near perfect foil for Bongi Mbonambi‚ the last man to wear the Bok No2 jersey.

“That is always a drive‚” said Ntubeni about adding to his solitary Test cap. “I think if you don’t want to play there you are wasting your time.

“This period where we had off I tried to work really hard. It is five games so you have to empty the tank. I had to hit the road running and I knew I had to be prepared. That is all I’m working for. Now I just need to look after myself and work hard every week.”

Ntubeni who signed a contract extension with the Stormers celebrated the new deal with a stand out performance against the Sharks last weekend.

At 30‚ he is older and wiser with longevity now creeping into his lexicon. “Now it is just about looking after my body and getting better. I’m still learning a lot about myself. Be more professional and try and perform every weekend. It is not the same any more. I’m really enjoying it now‚” said the hooker.

When it comes to representing the Springboks‚ Ntubeni knows all about biding his time.

Although he found himself in the Bok set-up as far back as 2013 his wait for his first Bok cap is a bit like his countrymen for a Covid-19 vaccine. Somehow the promise makes the wait more excruciating.

Ntubeni was a tourist on the three-Test end of year tour in 2013 but Heyneke Meyer never sent him into battle. The abiding memory of those on that tour was of Ntubeni carrying his folded blazer over his arm.

In 2016 he was again included in the squad for the three-Test series against Ireland but Allister Coetzee considered him surplus to on field requirements.

It was only in 2019 that Ntubeni got to put his arms through the sleeves after Rassie Erasmus handed him a Test debut against Argentina just ahead of the Rugby World Cup (RWC).

He wasn’t part of the RWC squad and the Boks haven’t played since.

Now it is about staking a fresh claim. It will certainly help if the Stormers‚ for all their huff and puff‚ can manufacture wins when it matters.

They lost narrowly to the Sharks last week and cannot afford another slip at home against the Bulls on Saturday. Ntubeni says the Stormers’ near miss in their last clash against the Bulls where they could have won had Juarno Augustus not lost the ball in the act of scoring a try‚ will be a source of inspiration.

“We haven’t played for a full 80 minutes. There are times when we play well. The plans are working but the players sometimes have to adapt to certain situations. We always seem to lapse towards the end of the first half or beginning of the second half.

“The discipline also let us down‚” he said in particular reference to last weekend’s defeat to the Sharks. “That took out the sting. The boys had to work a lot harder. The boys are learning. Our backs are against the ropes. We have to win this weekend. This is the biggest derby.

“We have been losing games by three or five points. We must develop that killer instinct‚” said Ntubeni‚ as is often the case on the field‚ with a smile on his face.