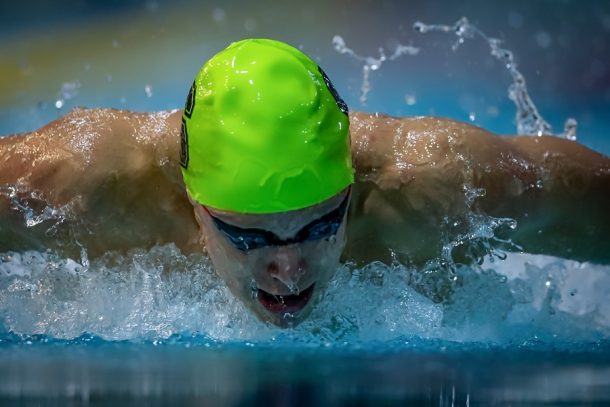 The 18-year-old was the youngest swimmer in the 200m individual medley final and third-quickest off the blocks. He touched in second place on the first turn after the butterfly leg but dropped well back on the backstroke and left himself too much catching up to do.

The Pietermaritzburg swimmer said he felt tired before the start of the final — perhaps the from the effects of his previous races and a cold he is recovering from. The speedy butterfly leg of the medley also took its toll on the young star who was set to be back in action in the 100m butterfly heats on Thursday.

Earlier on Wednesday Emma Chelius was seventh in her 100m freestyle heat in 55.39 to finish 22nd. Her main focus is the 50m event‚ where the heats are on Friday.

Elsewhere the SA women’s water polo team came up against Argentina in a tight encounter. They led 3-2 at half time but the third quarter proved costly with the Argentinians scoring three goals to SA’s one.

All square with one minute to go in the match‚ Argentina struck with just 10 seconds on the clock to sneak the 7-6 win.

“Going into the game we were never expected to win it‚” SA coach Delaine Mentoor said. “But I think that we had really good moments of play‚ especially given the lack of time we had for preparation.

“Our girls fought for every single goal that we scored. At some point we were down by two goals and the girls came back.

“But I think the difference was the inexperience. For us having not ever played together‚ knowing how to fend them off in those dying seconds and just play a smart game of water polo is a bit difficult to adapt to.”

The SA men’s team were to play their second match against Spain on Thursday.