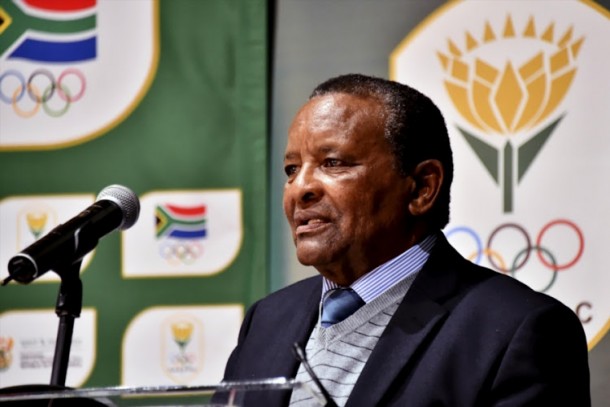 South Africa’s Olympic medal hopefuls face funding woes in the build up to Tokyo 2020 games after government announced an R11 million allocation which Gideon Sam has described as insufficient.

Sam‚ the president South African Sports Confederation and Olympic Committee (Sascoc)‚ was reacting to the budget speech for the 2019/20 financial year by minister of sport Nathi Mthethwa in parliament this week.

In his speech‚ Mthethwa revealed that the total budget for department of sport is R1.154 billion to cultivate talent‚ encourage excellence‚ deliver infrastructure and champion transformation.

Sam said the R11 million is definitely not enough for Sascoc to be able to perform their high-performance duties in sport.

“It is not enough and everybody can see that‚” he said.

“People will say that there was an inquiry and you chowed the money but I say show me where the money was chowed. As part of our operation excellence‚ we must support high performance athletes.”

“Remember it is 2019 now and next year is the Olympic Games in Japan and all those who are qualifiers in athletics‚ swimming‚ rowing‚ triathlon or whatever must get some kind of support to prepare themselves for the Olympics. Somehow‚ we need to go out there and find more money‚” said Sam.

In contrast‚ Mthethwa allocated R744 million to mass participation and R239 million for school sport which means a big chunk of the budget goes directly to development at grassroots level.

The total allocation for transfers and subsidies stands at R855 million (74% of total budget) and of this R620 million goes to provincial departments for conditional grants to support sport and recreation delivery in the provinces.

Various sport federations will collectively receive R109 million‚ the Sports Trust will receive R24 million and loveLife will be supported to the tune of R45 million.

“The National Development Plan and our National Sport and Recreation Plan clearly recognise sport and recreation as a way to foster nation building and social cohesion. To give expression to the visions of these plans over the medium term‚ the department intends to continue broadening the participation base in sport and recreation‚” said Mthethwa.

Sam added that their financial problems run deep as they don’t habe enough funds to send a team of about 153 athletes to the 2019 All Africa Games in Morocco in September.

“Right now‚ we are stuck and we don’t know how we are going to send a team of 153 athletes to the Morocco. We have to do something to help these kids to go to there because for South Africa not to appear in Morocco will not be good.”

“We are not criticizing everybody‚ we are just saying R12 million to sent this team of 153 athletes to Morocco is not enough. If you want a bigger team‚ then it should be R20m.”