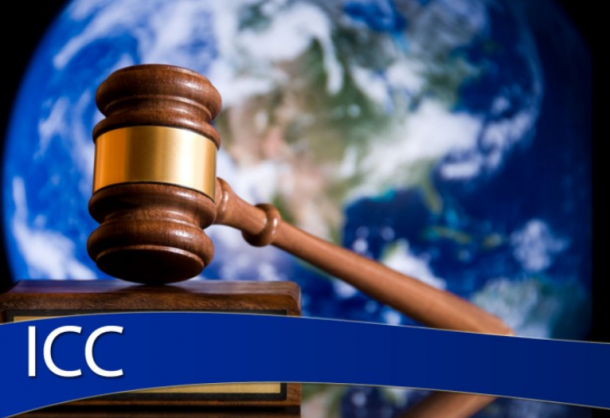 South Africa’s announced withdrawal from the International Criminal Court (ICC) is a slap in the face for victims of the most serious crimes and should be reconsidered‚ African groups and international organisations with a presence in Africa said on Saturday. ?

The groups urged other African countries to affirm their commitment to the ICC‚ the only court of last resort to which victims seeking justice for mass atrocities can turn.?

“South Africa’s intended withdrawal from the ICC represents a devastating blow for victims of international crimes across Africa‚” said Mossaad Mohamed Ali of the African Center for Justice and Peace Studies. “As South Africa is one of the founding members of the court‚ its announcement sends the wrong message to victims that Africa’s leaders do not support their quest for justice.”?

South Africa publicly announced on Friday that it had notified the United Nations secretary-general of its intent to withdraw from the ICC. However‚ there are significant questions as to whether South Africa abided by its domestic law in withdrawing without approval of its own parliament‚ the groups said.

“South Africa’s purported withdrawal – without parliamentary approval or public debate – is a direct affront to decades of progress in the global fight against impunity‚” said Stella Ndirangu of International Commission of Jurists-Kenya. “We call on the South African government to reconsider its rash action and for other states in Africa and around the world to affirm their support for the ICC.”

“We do not believe that this attempt to withdraw from the ICC is constitutional and it is a digression from the gains made by South Africa in promoting human rights on the continent‚” said Jemima Njeri of the Institute for Security Studies’ International Crime in Africa Program. “The South African government is sending a signal that it is oblivious to victims of gross crimes globally.”

South Africa’s announcement that it will withdraw from the ICC comes after the country’s court of appeal concluded the government violated its international and domestic legal obligations in not arresting ICC fugitive Sudanese President Omar al-Bashir in June 2015‚ when he visited South Africa. A government appeal was pending‚ but on Friday the government indicated that it had withdrawn the appeal.

“The decision by Pretoria to withdraw from the Rome Statute is a response to a domestic political situation‚” said George Kegoro of the Kenya Human Rights Commission. “Impervious to the country’s political history and the significance of the ICC to African victims and general citizenry‚ the South African leadership is marching the country to a legal wilderness‚ where South Africa will be accountable for nothing.”

The ICC is meant to act as a court of last resort‚ stepping in only when national courts cannot or will not prosecute some of the most serious international crimes.

Since 2009‚ the ICC has faced a backlash from a vocal minority of African leaders alleging that the court is unfairly targeting Africa. While all of the ICC’s investigations to date – with the exception of Georgia – have been in Africa‚ the majority have been initiated at the request of an African government: Central African Republic‚ Côte d’Ivoire‚ Democratic Republic of the Congo‚ Mali‚ and Uganda.

The situations in Libya and Darfur were referred by the UN Security Council. Kenya is the only African situation in which the government or Security Council did not make a request to the ICC regarding investigation.

At the same time‚ there is an uneven landscape‚ the groups said. A number of powerful countries and their allies have been able to avoid the reach of the ICC‚ and of justice more generally. The ICC is constrained in reaching these countries because they are not parties to the ICC and because they or their allies on the Security Council have used the veto to block referral to the ICC of situations desperately in need of justice‚ including Syria.

The African Union (AU)‚ the groups said‚ has been a source of attacks on the ICC and in January 2016‚ it set up a committee to explore a strategy for ICC withdrawal. Many African governments continue to support the court‚ but have too often been silent in the face of attacks on it‚ the groups added. Support has included cooperation with investigations and the referral of new situations to the court. Mali referred the crimes committed in its country in 2012‚ and Gabon referred crimes committed in its country in September 2016.

In July‚ during the AU summit‚ several African ICC members – Côte d’Ivoire‚ Nigeria‚ Senegal‚ and Tunisia – took an important step in joining Botswana‚ a vocal ICC supporter‚ to expressly oppose an AU call for ICC withdrawal‚ the groups pointed out. Burkina Faso‚ Cape Verde‚ the Democratic Republic of Congo‚ and Senegal also entered reservations to the July summit decision. Since 2009‚ activists across Africa have joined with international groups to call for African governments to support and strengthen the ICC‚ instead of undermining it‚ the groups added.

“Now‚ more than ever‚ countries that believe in the rights of victims should affirm their support for the ICC‚” said Oby Nwankwo of the Nigeria’s national Coalition for the ICC. “We should hear from Nigeria‚ Ghana‚ Ivory Coast‚ Senegal‚ and Central African Republic‚ among many others‚ on the importance of the ICC in Africa and globally.”