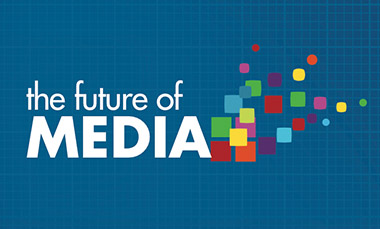 ‘SA’s media freedom in danger of decline because of ANC’

South Africa is one of four countries listed as having concerning “media policy developments”in a statement released by the Media Institute of Southern Africa (Misa) to commemorate World Press Freedom Day 2016.

“Whilst there has been a dramatic increase in the number of access to information laws on the continent – 19 to date – the right to access information on issues that affect people’s livelihoods remains beyond the grasp of the majority of African people‚” the watchdog noted.

“However‚ we remain extremely apprehensive about media policy developments in South Africa where proposed legislation‚ which the media sector and rights activists are railing against‚ includes the Broadcasting Amendment Bill‚ the Films and Publications Amendment Bill‚ the Cybersecurity and Cybercrimes Bill and the hotly debated Protection of State Information Bill (dubbed the Secrecy Bill).”

Misa said that South Africa “is seen as one of the more progressive countries on the continent‚ enjoying a well-developed and plural media system with a strong Constitution that protects freedom of expression and of the press.

But‚ “this high standing is in danger of decline as the governing party‚ the African National Congress (ANC) intensifies political pressure on the public-run media and clamps down on the commercial media”.

“The threats to the media are diverse‚ with the most disturbing being the proposed bills‚ which‚ while addressing a number of valid objectives‚ also include clauses that encroach on fundamental rights such as access to information‚ freedom of expression‚ media freedom and protection of privacy.

“The tightening of their grip on the media sector encompasses encroachment on the editorial independence of the public broadcaster‚ the South African Broadcasting Corporation (SABC)‚ which intensified in 2015‚ with the gazetting of the Broadcasting Amendment Bill which seeks to give the Minister of Communications immense powers to hire and fire SABC Board members‚ including the chairperson.”

It said the “assault on the media was extended to the print media‚ with the ANC resuscitating calls for regulation‚ with several party leaders attacking the media for lack of transformation and for being anti-ANC”.

The three other countries highlighted by Misa were Zimbabwe‚ Angola and Botswana.