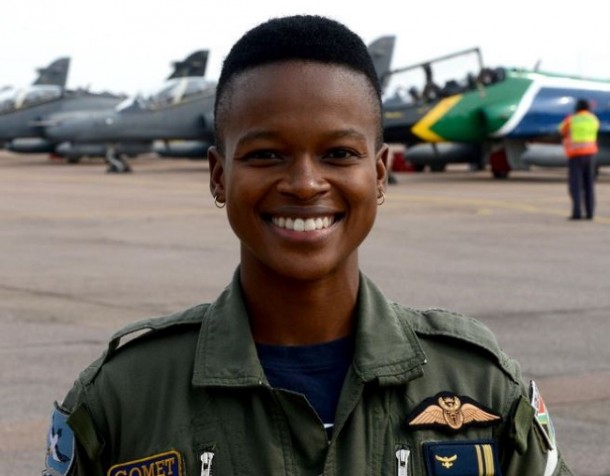 Mfeka joined the South African Air Force (SAAF) in 2008. In 2010 she enrolled at the Central Flying School in Langebaan in the Western Cape and in 2011 she received her wings.

Mfeka became a household name overnight after her participation in the inauguration‚ with many praising her for breaking stereotypes.