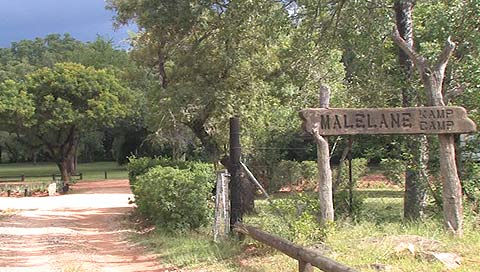 SANParks gets go-ahead for luxury hotel in Kruger

The South African National Parks (SANParks) has secured the approval by the Department of Environmental Affairs of the proposed 240-bed Malelane Safari Lodge in the Kruger National Park.

Kruger Park managing executive Glenn Phillips said this approval comes after a comprehensive and detailed independent environmental scrutiny. “We are happy with the Environmental Impact Assessment (EIA) report and we are satisfied with the process which was followed from the beginning of the study to the end thereof.”

“All applicable environmental scrutiny has been applied independently and all EIA’s are reflecting the ecological feasibility of the development. Its impact will definitely be far less than the sprawling towns of Skukuza and Satara… in fact it should be noted that the total development footprint in the Kruger National Park is still less than 4% making it a national park with the lowest development footprint in the world.”

The lodge is meant to operate at level higher than our ordinary camps in the Park and will cater for those tourists who need to be served rather than our traditional self-catering service. According to Phillips‚ there is a demand from the emerging market for a product that provides a full service in addition to the safari experience of the Park”. “KNP currently offers self-catering facilities throughout the Park which are hugely popular but fall short in meeting the needs of the emerging market.

The proposed ‘hotel’ will be a full-service facility that will be constructed on the periphery of the Park at the Malelane Gate Precinct. “This is in line with the peripheral development policy which allows for development on the periphery of the Park rather than within the Park where there will be a greater ecological impact. The geographical location of the facility will make it accessible for 24 hours and eliminate the undesirable risk associated with late arrivals and driving to the nearest camp.”

In an explanatory document naming Radisson Blu as the preferred operator (web link)‚ the parks authority previously explained that after the Malelane Sun burnt down on 22 May 2007‚ SANParks saw this as an opportunity to provide a similar product but across the Crocodile River inside the Kruger National Park.

“The R125m to be spent on the Safari Resort at Malelane will attract more of the growing black middle class. The annual spending power of SA’s 3-million or so black middle-class citizens (up from 2-million in 2005) was estimated at R237bn last year‚ down from an estimated high of R250bn in 2008. The black middle class had a combined spending power of 34% of all consumers — SA’s 34-million adults. Attracting more middle-class blacks was one of SANParks’ three focus areas for the park.

The others were continuing to serve the park’s traditionally largely white domestic market —which was more attracted to self-catering accommodation — and the international market.

“About 30% (of domestic market) of the park’s visitors are black‚ although less than 10% of overnight domestic visitor are black.. Market research showed the majority of SA’s black middle class wanted full-service resort-type accommodation.”

SANParks said the tender to build and operate the development is going to a consortium that is predominantly South African and includes a 20% holding by a community trust on a 30-year concession‚ with 6% of turnover going to SANParks.