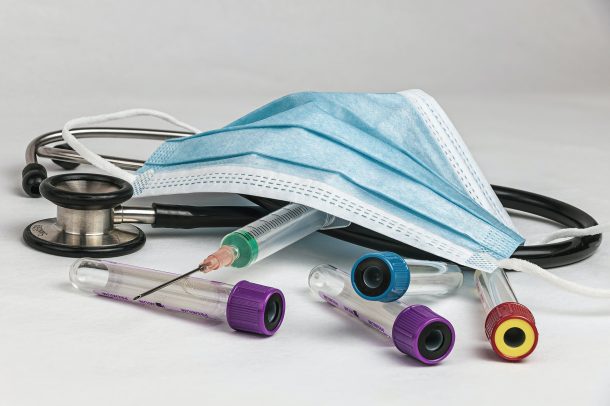 SANDF clarifies use of interferon drugs for its members

The SA National Defence Force (SANDF) says it has procured the drug interferon for use solely by its members who are employed to assist the country in managing the Covid-19 pandemic.

“It should be mentioned that interferon is not a vaccine and does not treat Covid-19 pneumonia among hospitalised patients‚ but it confers heightened protection against Covid-19 … to attack natural interferons of the victim‚” the SANDF said in a statement.

Interferons are a group of signalling proteins made and released by host cells in response to the presence of several viruses‚ it said.

The SANDF said the SA Military Health Services had applied for the use of the drug to the South African Health Products Regulatory Authority (Sahpra) and obtained approval on October 5 last year for the use detailed in that application.

The application was done in terms of section 21 of the Medicines and Related Substances Act‚ which mandates Sahpra to authorise the use of unregistered medicines in SA for certain purposes.

The SANDF said it had acquired the interferon alfa-2b‚ or the Heberon alfa R‚ from Cuba on an emergency basis after the outbreak of Covid-19 in March 2020‚ after “extensive and intensive consultations with fraternal militaries such as the Chinese‚ Cuban and other partners to discuss what was available to mitigate against soldiers being compromised in their front line duties”.

It said objective data showed that more than 8‚000 subjects in Cuba‚ Pakistan‚ Iran‚ Ukraine‚ Brazil and others have safely benefited from Heberon use.

In December‚ TimesLIVE reported that the auditor-general had confirmed that the defence department had been invoiced an amount of R260m for Heberon interferon alfa-2b‚ “an unregistered medical drug from Cuba”.

Auditor-general Tsakani Maluleke said her office picked up that nearly R35m of the amount had already been paid.

“When we looked at the accounting records‚ we found invoices to the value of R260m … invoices and evidence of imports for goods that would have come through by August 17‚” she said.

Documents seen by the Sunday Times revealed at the time that the payments to procure the drug were allegedly justified in the defence finance system as “vocational training services”.

A letter by one of the senior generals in the army raised a red flag about the procurement after the SANDF’s COO rejected the payment of invoices for consignments amounting to more than 700‚000 doses meant to treat about 400‚000 Covid-19 infected patients.