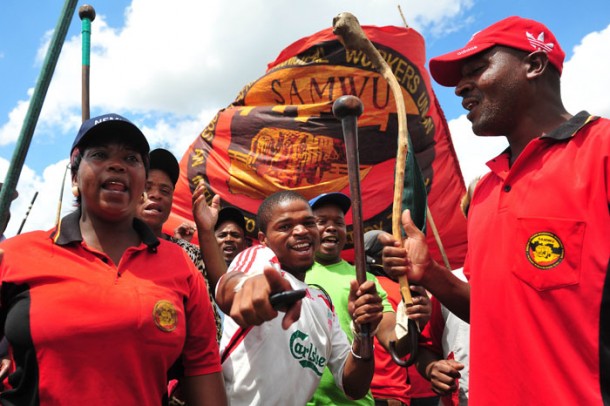 The SA Municipal Workers Union (Samwu) said workers used to render services through these programmes were exploited as their employment was short term.

“Those employed through these programmes receive as little at R50 a day while the minimum wage in the sector is R6‚000.

“People should be employed directly and permanently by municipalities with benefits as this will go a long way in addressing the country’s unemployment challenges‚” said Samwu’s general secretary‚ Simon Mathe.

The union said it was concerned after the latest high unemployment statistics were released by the Quarterly Labour Force Survey.

Samwu called on municipalities to help reduce the high unemployment by filling vacant positions and abolish the practice of using temporary labour through the EPWP and CWP programmes.

The union also berated municipalities who appeared to be reluctant to fill vacant positions while they had a healthy financial status.

“Municipalities such as the Nelson Mandela Metropolitan Municipality (NMMM) has over R1 billion in its bank account but refuses to fill municipal vacancies which now stand at over 1‚700. The NMMM could have taken over 10‚000 people out of poverty‚ given that typically one worker supports about six people‚” said Mathe.