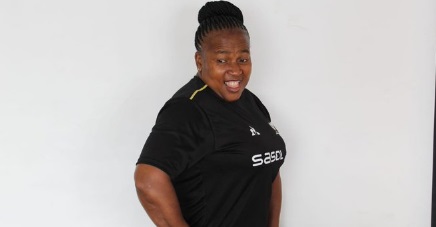 SA Football Association CEO‚ Advocate Tebogo Motlanthe‚ confirmed that Ngidi has been unwell for the past two weeks and died in the early hours of Tuesday morning.

“We have lost a dedicated servant of the game‚” said Motlanthe.

“This is painful news.

“Aletta was supposed to be part of the delegation of Banyana Banyana that was scheduled to travel to Netherlands two weeks ago for a friendly match in Zwolle.

“That trip was called off after a number of players and officials tested positive. We are devastated as the Association and we send our heartfelt condolences to her family‚ colleagues and friends. May her soul rest in peace.”

“Aletta was not just a colleague but a family member‚ ” Ellis said.

Ellis described Ngidi’s death as a massive loss to the women’s national team side.

“There were no dull moments in her presence.

“She led the singing both in the bus and dressing room and there was always lots of vibe when she was around. This is a massive loss‚” said a sobbing Ellis.