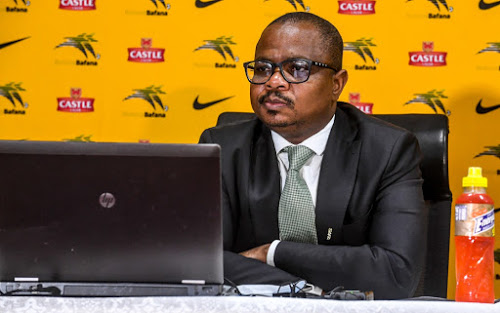 The decision on whether the South African Football Association (Safa) will bid to host the inaugural Caf Women’s Champions League 2021 will be discussed during the National Executive Committee (NEC) meeting later this month.

Last week‚ Caf (the Confederation of African Football) opened the bidding process for countries interested in hosting the tournament with the closing date for submitting bid documents set for end of the month.

“Look‚ it must be the decision of the executive. The executive must talk about it first and at this stage I can’t say ‘yes’ or ‘no’‚” said Safa chief executive Tebogo Motlanthe.

“Before the closing date at the end of the month‚ the NEC would have met. Remember we are going to Morocco for the Caf elective congress this weekend and when we come back we will sit even though the date for that NEC meeting has not been confirmed. I must still go and discuss it with the president [Danny Jordaan] when I arrive in Morocco.”

Motlanthe will travel to Rabat‚ Morocco for the Caf elective congress on Friday‚ where Patrice Motsepe is set to be ushered in unopposed as the next president of the continental ruling body.

Professional sport in the country has been playing without supporters for a half-a-year under stringent health and safety protocols prescribed by government.

Safa have not yet engaged Minister of Sport Nathi Mthethwa about the issue of South Africa possibly hosting the seven-team women’s tournament and it is not clear if the government will be willing to issue guarantees during this time of Covid-19.

The tournament will take place during the period of October‚ November or December and it is not known how far government’s Covid-19 vaccination process will be by then.

It is also not clear if government will see the importance of hosting the tournament if Motsepe is appointed president of Caf.

“Seven teams will qualify for the final tournament through qualifiers organised by the zonal unions in addition to the champion club from the host country‚ who gain automatic qualification‚” Caf said in a statement.

“National associations are requested to present their bidding files containing the stadiums (two stadiums are required) and training facilities (four training sites at least)‚ accommodation plans (that can host the eight teams)‚ in addition to the official government guarantee. Closing date [for bids] is March 31.”