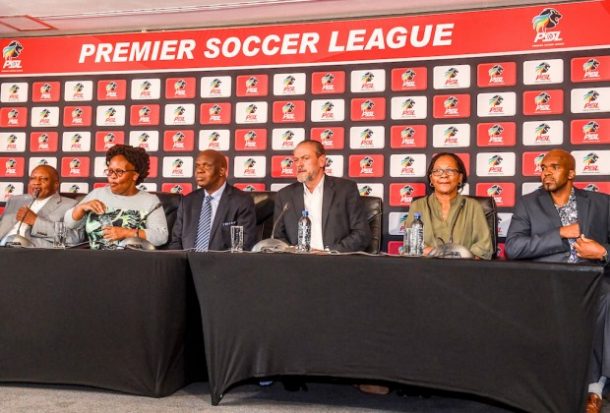 The South African Football Association (Safa) has publicly said that “the first week of August 2020 is the appropriate date for the commencement” of Premier Soccer League (PSL) matches.

Safa’s statement‚ released on Tuesday‚ said this point was affirmed in Monday’s joint liaison committee (JLC) meeting between Safa and the PSL‚ the trading name of the National Soccer League (NSL).

The venue of Gauteng to host the biologically safe environment (BSE) where the Absa Premiership and Nedbank Cup will be completed was never approved by Safa‚ the association’s statement said.

While Safa’s statement was tersely worded‚ there did appear to be an element of compromise to the mother body’s stance.

The PSL‚ according to sources and documents leaked to the media‚ had wanted a July 18 return to play‚ and had selected 11 playing and 14 training venues in Pretoria and Johannesburg. A letter to this effect was apparently sent by to Safa by acting PSL CEO Mato Madlala late last week.

A letter in response from Safa acting CEO Tebogo Motlanthe had indicated a restart before August 1 was impractical‚ and it might need to be later. However‚ Safa now does appear to be committing to a start by the first week of August.

Safa’s statement on Tuesday read: “The South African Football Association (SAFA) worked on processes outlined in ‘the return to play’ protocol which was submitted and agreed by the government.

“Subsequently‚ the government issued a regulation in terms of the Government Gazette.

“On 11 June 2020‚ the Minister of Sport sent a letter to SAFA that they should appoint the Compliance Officer to oversee the entire process of return to training and return to play protocols.

“SAFA duly appointed Dr Thulani Ngwenya and Mlungisi Ncame as the compliance officers to liaise with the National Soccer League (NSL). It was further agreed that the two teams from the Association and NSL‚ comprising of the respective CEOs [Madlala‚ and Tebogo Motlanthe for Safa] and Compliance Officers [Ngwenya‚ and Michael Murphy for the NSL]‚ work together on the processes for resumption of football‚ both for training and play.

“In a report submitted by the League on 13 July 2020 [Monday]‚ the league confirmed that they have done extensive work to ensure that clubs return to training in compliance with the directives issued by government and in terms of the decisions of the SAFA JLC.”

* According to the Referees Sub-Committee of the Technical Committee‚ the first week of August 2020 is the appropriate date for the commencement of NSL matches.

* The choice of Gauteng Province as the host of training and match venues‚ as well as hotels‚ was agreed to by the government and NSL and SAFA had no input to this process.

* The 110 match officials will be subjected to medical and mandatory fitness tests. The medical examination specifically entails testing for Covid-19 and those who test negative would be required to undergo a mandatory 14-day fitness test under the guidance of the Fifa-approved fitness trainer. A Fifa fitness consultant participated in the discussion.

* The fitness trainer initially wanted a three-week fitness period but both parties mutually agreed on an accelerated period of training of two weeks in order to meet the beginning of August commencement date.

The statement continued: “In the meantime‚ once the Compliance Officers have completed their report‚ it will be submitted to the government to gazette on the return to play date.

“The world football government body‚ FIFA has accepted that it is the government responsibility to approve the return to play date and we will update FIFA on the progress achieved.”

The PSL suspended matches on March 16 in response to the outbreak of Covid-19 in South Africa. The league’s board of governors was meeting on Tuesday to further discuss the return to play.