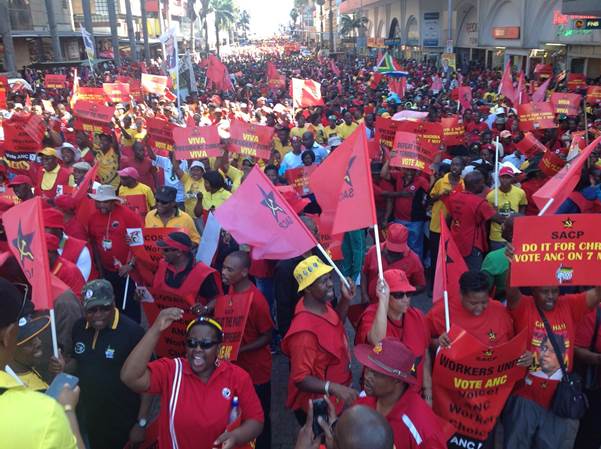 SACP will not support Zuma outside High Court on Friday: Nzimande

The South African Communist Party (SACP) will not support former president Jacob Zuma outside the High Court in Durban on Friday.

This was confirmed by Transport Minister and SACP general-secretary Dr Blade Nzimande on Wednesday outside the house of the late Winnie Madikizela-Mandela.

“Definitely not‚” was Nzimande’s first and curt response.

Zuma is set to make his first court appearance on charges of corruption‚ money laundering and racketeering relating to the controversial multi-million rand arms deal.

The SACP supported Zuma outside the High Court in Pietermaritzburg in 2006 when he first appeared on similar charges.

Nzimande said it was a “long story” why things had changed.

“At that that time we were really convinced that there was serious abuse of state institutions to fight and settle internal scores‚” Nzimande said.

“Even today we will continue to fight any abuse of state institutions to settle political scores.”

ANC secretary general Ace Magashule previously announced that the party would not support Zuma in his upcoming trial‚ but that members could do so as long as they did not wear the party’s regalia.

Nzimande said he thought the worst of Madikizela-Mandela’s illness had passed. Madikizela-Mandela died on Monday at the age of 81 at the Netcare Milpark Hospital in Johannesburg after a long illness due to which she had been in and out of hospital since the start of the year. She succumbed peacefully in the early hours of Monday afternoon surrounded by her family and loved ones‚ the family said in an official statement.

“This is a loss to the nation as a whole‚” Nzimande said.

“She did all that was supposed to be done‚ despite some of the brutal methods that were used by the apartheid regime to try and break her.”

Nzimande believes the ANC can be unified in the aftermath of Madikizela-Mandela’s death.

“In her name we shall deepen our efforts to unite the ANC as well as to unite the alliance‚ and use her as that symbol of the unity of our movement.”