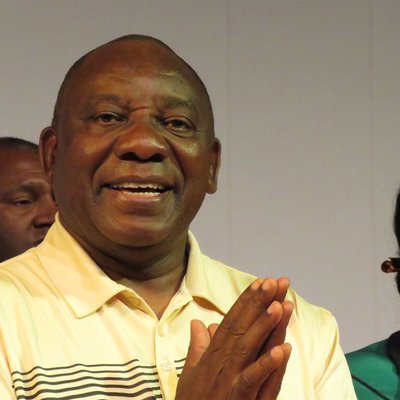 The SACP has come to the defence of President Cyril Ramaphosa in the ongoing saga surrounding the funding of the CR17 campaign that catapulted him to the ANC top job in December 2017.

Ramaphosa has been in the spotlight for months regarding hundreds of millions allegedly donated to his campaign and the identities and intentions of those who donated.

The SACP believes singling out Ramaphosa while sparing others who lobbied for the same position was deliberately meant to collapse the president.

The party said if Ramaphosa was forced to disclose his funding details‚ the same rule must apply to others‚ including Nkosazana Dlamini-Zuma who lost the ANC presidential race to Ramaphosa by only 179 votes.

The communists said they agreed with Ramaphosa that the ANC should develop a policy to regulate members for internal party leadership contests to end confusion.

“Taking into account that the leadership contest at the last national conference of the ANC did not involve one side only‚ there can be no other conclusion than that the so-called leak is a deliberate function of a wider politically motivated agenda‚” said SACP spokesperson Alex Mashilo on Monday.

“The ANC was correct in characterising it as ‘an attempt to undermine public confidence in president Ramaphosa’. The SACP resolutely rejects being drawn into a one-sided focus on the fundraising details of the leadership contest associated with the last conference of the ANC.

“It would be appropriate for ANC members and the public at large to receive a full disclosure of the sources of all the funds that were donated‚ received and used in the course of the contest‚ regardless of candidates involved.”

The party believes it is high time for parliament to enact an unambiguous law meant to police the financial sponsoring of political parties and individuals running for political office.

When this happened‚ said Mashilo‚ the application of such a law should not be like George Orwell’s book Animal Farm‚ where some animals are more equal than others.

“All MPs are direct beneficiaries of the funds donated to their different parties to support their election as MPs‚ over and above their respective congress or conference donations‚” said Mashilo.