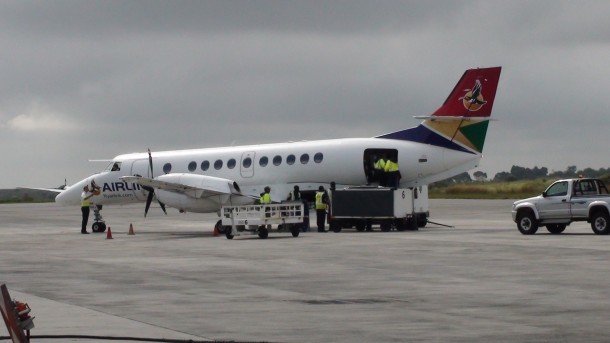 South African Airways has terminated its relationship with BnP Capital following an outcry over its failure to follow proper tender procedures in appointing the company to manage over R1bn in debt.

In a statement released on Thursday, the airline said the decision had been communicated to BnP Capital.

Here is the full statement:

It is important to contextualise SAA’s decision and reflect on some key milestones in order to provide clarity on issues which had, intentionally or not, been conflated.

SAA currently pays multi-million Rand interest on its debt and there is a room to reduce interest rates. Successfully implemented, debt consolidation will enable SAA to eliminate multiple and varied interest rates on its loans from a number of lenders, making it possible to have one consolidated debt at a negotiated favourable rate and with one lender.

Only 7 companies responded to the RFP and 2 companies were subsequently disqualified as they failed to meet the critical criteria, being the existence of a valid and current Financial Services Board (FSB) issued licence to the service provider. The 5 companies that remained met all the requirements.

SAA decided to award the tender to BnP Capital for scoring highest on both the Pricing and BEE requirements of the criteria. The appointment of BnP Capital as Transactional Advisor was ostensibly in accordance with prescribed procurement processes and the award was made on 20 March 2016.

After following a procurement process, a potential lender was identified but for reasons beyond SAA’s influence and/or control, the lender withdrew even before the agreement was entered into between the parties. Due to the confidential nature of the transactions and conditions attendant to those matters, SAA may not disclose the identity of the lender. The withdrawal was communicated by the potential lender to SAA in April 2016.

SAA remains committed to ensuring that the financial management of the entire group improves and the airline’s finances are turned around.   In doing so, SAA also welcomes within the confines of the law (including its internal procedures) any report of a whistle-blower.

Employees are reminded that disclosures in terms of the prevailing law are protected if they pertain to information about impropriety and have been made to the right person, according to the scheme established by the Protected Disclosures Act 26 of 2000 (PDA). Leaks of information by employees to entities which do not qualify in terms of the provisions of the PDA do not constitute protected disclosures under the PDA.