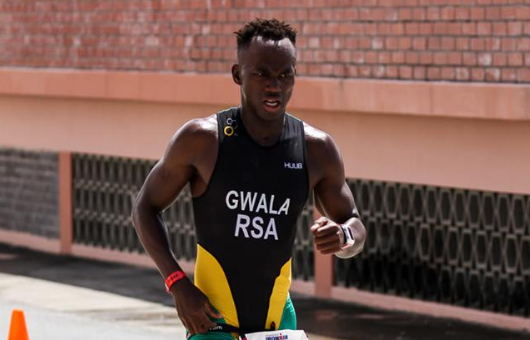 The 27-year-old athlete‚ who is also a Durban beach lifesaver‚ was attacked while training in the vicinity of the University of KwaZulu-Natal on Tuesday.

He was dragged into a bushy area‚ where three men allegedly attempted to hack his leg with a saw. His attackers managed to cut through most of Gwala’s muscle‚ nerves and arteries to the bone.

KwaZulu-Natal MEC MEC Sibongiseni Dhlomo checked up on him on Thursday night.

“I am glad to have visited this man. He is lucky to have survived this ordeal. He has been to theatre and will be seen again in theatre next week. It was also gratifying to meet his mother‚ and also give her support. We wish him a speedy recovery‚” Dhlomo said.

The attack has prompted an outpouring of support‚ including an international crowd-funding initiative. Hundreds of donors have raised almost R600‚000 within 48 hours for Gwala.

Gauteng businessman JP Valverde‚ who runs an international fitness and training programme for athletes‚ started the crowdfunding initiative on Wednesday with a target of R100‚000 to assist with medical costs and rehabilitation. The target now stands at R750‚000.