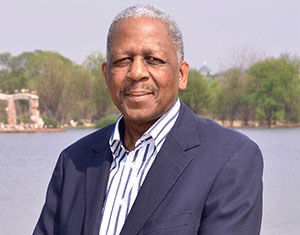 “Our country is suffocating under the ever increasing weight of scandals surrounding the Presidency.

“Unfortunately‚ our party is intellectually and morally imprisoned because it has shaped itself in the image and example of its’ flawed leader‚” Phosa said at a diplomatic mission luncheon on Tuesday. The former Mpumalanga premier and member of the ANC’s national executive committee said the country had witnessed the ANC’s leadership engage in power grabs in disregard for the electorate and party structures‚ while the rule of law was being perverted.

“The party is weakened by greed‚ corruption and a general lack of accountability‚ not to mention a sneaking culture of impunity. It is as if our leadership is blind to the fractures it is causing in the party‚ the liberation movement‚ and the country‚” Phosa told foreign diplomats.

He reminded them that two weeks ago‚ in an address elsewhere‚ he had indicated that the ANC leadership was playing into the hands of unethical business‚ allowing for the capturing of the state to further individual goals.

He repeated what he had said then‚ stating: “Following the events of the 7th of April‚ we call for a public enquiry into the role of identified corrupt businessmen and their practices‚ in support of the corruptible politicians‚ in recent times.

“We want the necessary actions to be instituted against the corrupt as well as the corrupters. We also want impunity to be removed from all spheres of government and the private sector as a way to deal with corruption.”

“Without consequences‚ it will always be more convenient to pack your belongings and families‚ seemingly resign your positions of power and privilege‚ then beat a hasty retreat across the desert to safer havens. As a lawyer I am hesitant to ask: ‘Is that how the innocent act?’

“At the heart of almost all political conflicts is the question of democracy and modern methods of wielding power. Let us remember that wielding power over your fellow man is a privilege bestowed by the electorate in a gesture of trust‚ it is not a licence for unchecked corruption and greed‚ and can be reversed cruelly and swiftly at the ballot box‚” Phosa stated.

Referring to those calling for the protection of individuals within the party‚ Phosa said the ANC was bigger than any individual. However‚ the party could never be more important than the State.

When weak‚ self-centred politicians are called to order by a test of the Constitutional principles‚ the celebrations happening in rural and urban areas alike should never be ignored‚ Phosa added.

“The Father of our Nation‚ Nelson Mandela‚ illustrated that you do not need a Presidential office or a title to be a real leader. He confidently walked away from all of it and was respected even more.

“Madiba did not need crowds of supporters shouting‚ threatening and making noise to shore up his morality. His moral leadership was the guiding light of not only the ANC‚ but indeed the country and even the world. His leadership was absolute and his morality above reproach.

“It is now time‚ however late in the day‚ for our President to follow our first democratically elected Presidents’ example‚” Phosa said.

“If not‚ the deep division that has been brought about by clinging to power will have a major casualty‚ namely the African National Congress‚” he warned.