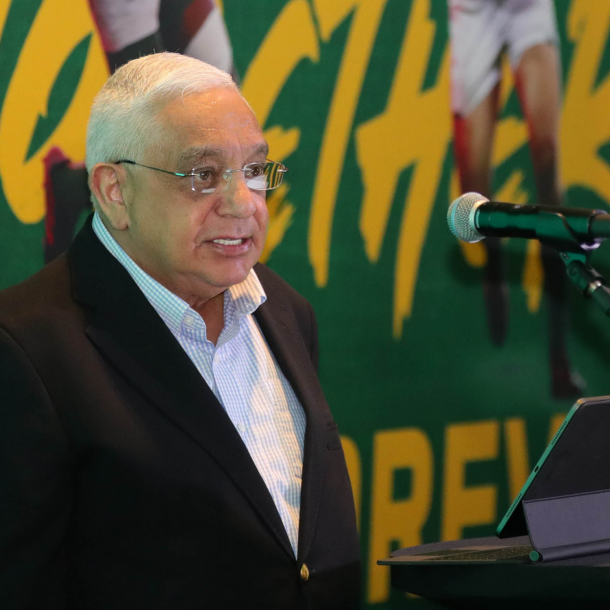 SA Rugby president Mark Alexander has welcomed the government scrapping the last Covid-19 restrictions on sports stadiums‚ mask-wearing‚ limits on indoor gatherings‚ and testing and vaccination rules for those entering the country.

SA Rugby had strongly lobbied the government for the past few months to allow full capacity in stadiums and their requests have been answered favourably ahead of the international season.

The Springboks’ home programme starts next month with three incoming tour Test matches against Wales in Pretoria‚ Bloemfontein and Cape Town. In the home schedule‚ which is expected to end in September‚ the Boks also host New Zealand at Mbombela Stadium and Ellis Park‚ and Argentina at Kings Park in the Rugby Championship.

Speaking during the Springboks’ team introduction event in Tshwane on Thursday‚ Alexander said the changes will help unions.

“First‚ it is important for Springboks to play in front of crowds because the players play for spectators‚” he said. “Having those games in full stadiums is important for our unions because they are the ones who are going to host these games. They will use this fundraising exercise to pay their players.

“So it is very important for us to have full stadiums and no masks. You don’t have to produce a certificate to enter the stadiums and that will speed up the process as well because life is back to normal.”

“We might not have Covid-19 like we had before but we still need to act responsibly when we are inside stadiums.”

Soon after the official government announcement on Thursday‚ Loftus Versfeld moved swiftly to reopen the sale of match tickets for the Springbok Test against Wales on Saturday July 2.

The Test had already sold out in terms of the 50% capacity rule.

Prop Trevor Nyakane‚ who is based in France with Racing 92‚ said he is looking forward to returning for the Boks to a packed Loftus‚ where he played for the Bulls.

“It will be lovely to come back and be able to play in front of a full crowd at the stadium that I last played at here in SA‚” he said. “The Loftus faithful will be out in their numbers and cheering‚ and it will be something special to run out there and represent the country.”