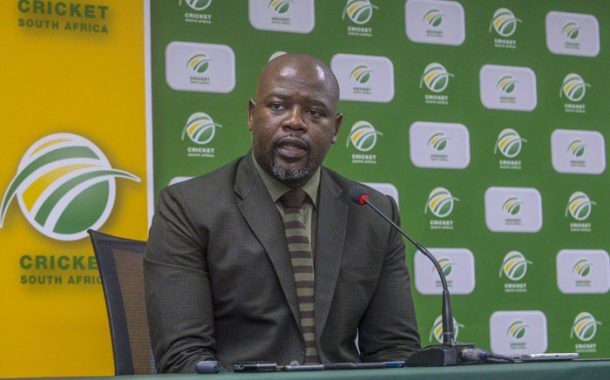 Friday marked exactly six months since Moroe was put on “precautionary suspension with pay” on what CSA said was “allegations of misconduct”.

Saca was reacting to a TimesLIVE report last week about CSA’s failure and its president Omphile Ramela said the organisation’s inaction with regards to Moroe’s suspension is a corporate governance blunder that will scare potential sponsors away.

“CSA desperately needs to regain the confidence of the players‚ public‚ broadcasters and sponsors‚ particularly with respect to matters of governance – its failure to bring this matter to a conclusion undermines its efforts in this regard‚” said Ramela.

Saca chief executive Andrew Breetzke said it was unacceptable that CSA failed to finalise Moroe’s suspension “within the six-month time frame promised by the CSA Board of Directors”.

“It has been reported in the media that CSA is “nowhere near” finalising the matter‚ and this defies belief”‚ said Breetzke.

The Saca boss accused the CSA board of a “lack of will” to conclude proceedings against Moroe and said the governing body’s excuse that Covid-19 restrictions restricted them does not hold water.

“It appears as if the Covid-19 pandemic is being used as a convenient excuse for the delay‚ in spite of the fact that CSA is operationally fully functional at the moment‚” said Breetzke.

CSA blamed the failure to finalise Moroe’s suspension on the coronavirus-enforced lockdown despite having signed on a number of executive and non-executive management appointments during the Covid-19 shutdown.

Breetzke dismissed CSA’s reasoning and said Moroe’s suspension is a pressing matter that needs to be treated with urgency.

“There appears to be a distinct lack of will at board level to deal with this matter‚ despite the dire need for finality on this material issue for all stakeholders in cricket.

“It is interesting to note that there were no such delays in dealing with the numerous other CSA disciplinary matters.”

TimesLIVE understands that Moroe is yet to be furnished with a charge sheet.

“CSA will point to the forensic audit that has not yet been completed‚ despite the fact that the crises that have enveloped CSA over the past 18 months are evidence of a prima facie case against Moroe.

“It is hard to imagine another professional environment where such vacillation on a matter of such importance would be tolerated by a board of directors” added Breetzke.

Saca and CSA are fresh from a dispute lodged by the union in October last year relating to the image rights from the 2018 Mzansi Super League.

The two bodies have a strained relationship that started when the union took CSA to court over plans to radically change the country’s domestic playing structure.

The matter was eventually settled out of court.