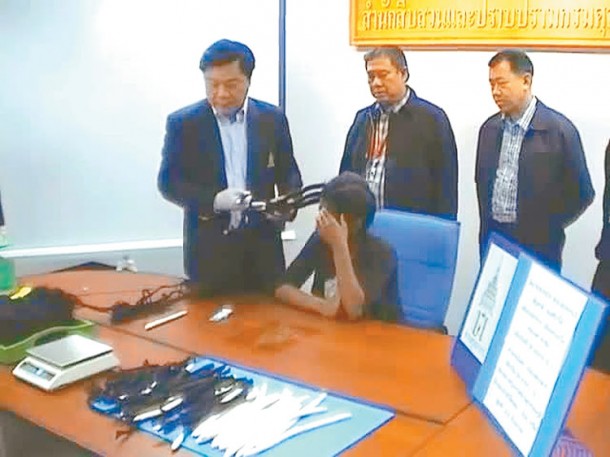 Convicted drug mule Nolubabalo “Babsie” Nobanda‚ who is serving time behind bars for smuggling cocaine in her dreadlocks‚ has had her sentence reduced in an amnesty granted to prisoners in Thailand.

Nobanda was sentenced to 15 years in jail after being caught at Bangkok’s Suvarnabhumi Airport with 1.5kg of cocaine mixed with baking powder in her dreadlocks in 2011.

She will benefit from a general amnesty granted to prisoners by recently crowned Thai King Maha Vajiralongkorn. Her sentence had been commuted by two and a half years – meaning she could be released in 2024.

“All prisoners have received an amnesty‚ depending on their particular status as well as their excellent behaviour status‚” Henk Vanstaen‚ a Thailand resident who assists South Africans jailed in the kingdom‚ told HeraldLIVE which published details about the commuted sentence on Wednesday.

Nobanda‚ a former Victoria Girls’ High School pupil from Makhanda (Grahamstown) was 23 years old at the time of her arrest in Bangkok. The manner in which the drugs were hidden earned her the nickname “Druglocks” in international media reports.

https://youtu.be/6kinvuA9gto
The Daily Dispatch reported at the time that police found cocaine with a street value of about R1.2m hidden in her hairdo. She allegedly admitted to smuggling the drug and said she had been hired to deliver it to a customer at a hotel in Bangkok.

A video widely circulated showed authorities in Bangkok dismantling her dreadlocks and removing “tubes of cocaine”.

Madeleine Schoeman‚ former headmistress of Victoria Girls’ High‚ said after her arrest that it was unclear what had led to such a “desperate decision” to smuggle contraband.

Nearly two years into her sentence‚ Vanstaen was quoted as saying that “Babsie” was physically and mentally strong and studying towards a communications degree.