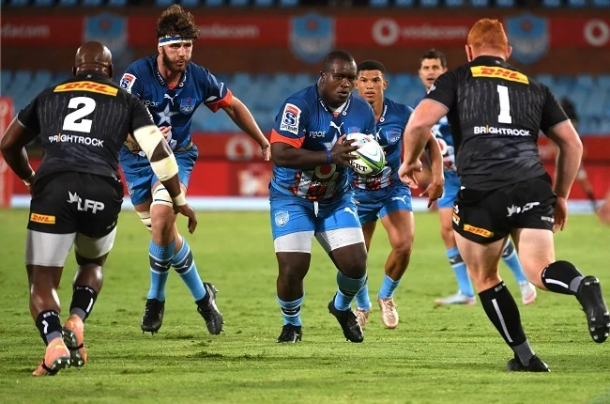 Rugby’s latest experimental laws continued to grab the headlines with Bulls director of rugby Jake White lamenting the frustration that comes with some of them.

Despite his team’s hard earned 20-16 Rainbow Cup SA win over the Stormers at Cape Town Stadium on Saturday‚ White was a little exasperated especially at the can of worms the so called captain’s challenge poses for the game.

Captains are allowed to ask for a review if they believe foul play happened up until the 75th minute and for technical infringements thereafter. Naturally‚ captains have warmed to the idea bringing about breaks in play that some lawmakers are trying to avoid.

“It is frustrating for the players‚ for the supporters and those watching on TV as well‚” said White.

“If you freeze frame anything you can probably find something to penalise. There can be 20 scrums and lineouts and 210 rucks in a game so you can open yourself up to a lot of scrutiny.”

In Saturday’s game in Cape Town‚ Stormers captain Steven Kitshoff successfully reviewed an incident in which he and Bulls skipper Duane Vermeulen went shoulder to shoulder in a challenge. The penalty can best be described as ‘soft’.

These days when a ball carrier dips into a tackle the contents of the referee’s pocket may well be on his mind.
Cynics will argue‚ in the not too distant future‚ the defending team will be required to unfurl a red carpet and matching guiding rope to their tryline.

“It is about highlighting foul play‚” Kitshoff defended his actions.

“Rugby is in a space where they are serious about any head collisions and to rid the game of foul play. It an opportunity to get back into the other teams in the other teams’ half.”

He conceded the captain’s challege impacts the momentum of the game.

“It is difficult to point players out because you don’t want to play touch rugby. You want to keep the game physical‚” said Kitshoff.

“It is frustrating‚ but I guess you have to adapt‚” said White.

“I am concerned we mustn’t move away from the fact that it is a contact sport and people run at each other. There needs to be some kind of feel from the officials whether there is intent. This is new to us and we will sit and debate and maybe find a happy medium. I think commons sense will prevail.”

“In the different games played today there were different interpretations. Including New Zealand and Australia. That is what makes it so frustrating. It is so difficult to get a consistent ruling.

“That is because there are mitigating things. It is tough for the ref. There is more TV viewership. Now they are watching it over and over. Going forward because there will be more examples we will get a better result.”

For the game’s long term future White understands the need to root out the number of head and neck injuries.

“You want to encourage kids to play rugby. If we are not going to be strict about the laws and then you are almost not encouraging young boys to play rugby.”