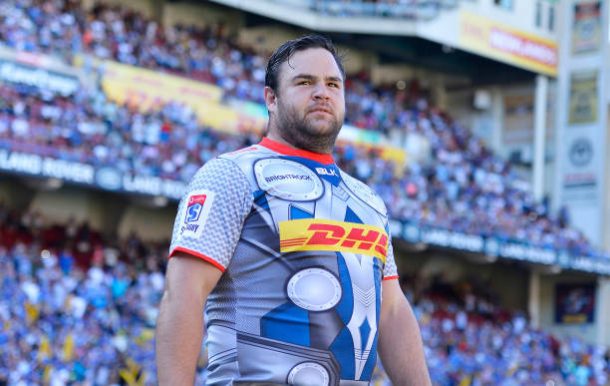 His decision to remain in the Cape will come as a major boost for the team after utility back Damian Willemse also opted to continue his rugby in WP colours.

Amid the boardroom upheaval at the province that intensified in the last year‚ it had been widely speculated that the team would lose its most prized players who helped the Springboks lift the World Cup in Japan and that suspicion grew deeper when former captain Siya Kolisi opted to move to the Sharks.

But Malherbe’s decision would have settled a lot of nerves in the Western Cape.

Malherbe‚ the ballast of the Stormers scrum‚ also brings wily experience and calmness to a position in which teams seek stability.

“Frans has been central to the scrum culture that has been developed here over the last decade and will provide immense value to the development of the talented young props we have here‚” enthused Stormers coach John Dobson in a statement.

Malherbe‚ who goes about his business with little fuss‚ shines brightest in some of the game’s dimly lit areas.

“His contribution to the Stormers and the Springboks over the years has perhaps not been fully appreciated‚ but we understand just how fortunate we are to be able to draw on his skill and experience‚” said Dobson.

The player who has 109 appearance under his belt for the Stormers is just 15 short of mark set by Schalk Burger. His continued presence will be hugely reassuring and may influence the other Springboks at the franchise to do the same.

“Frans’ signing for us is huge. He not only anchors the scrum‚ but he is the quiet glue that holds the team together. He is another product of our system who has remained loyal to the region and he has a major role to play for the Stormers.

“The value of his presence in the team environment‚ both in terms of what he brings on the field and the influence he will have on the next generation of stars‚ cannot be underestimated‚” he said.