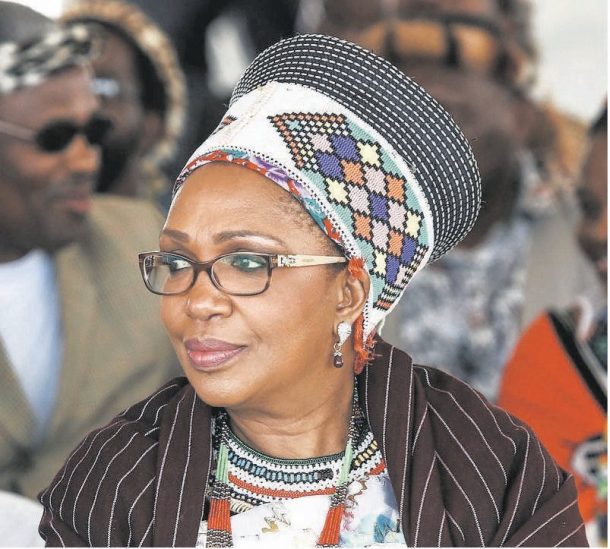 Mourners have descended on the KwaKhangelamankengane royal palace to pay their respects to the late Zulu regent‚ Queen Mantfombi Dlamini Zulu.

Members of amabutho (Zulu warriors)‚ amatshitshi (Zulu maidens) and elderly men and women gathered at the royal palace in KwaNongoma to mourn the queen‚ who passed away at a Johannesburg hospital on April 29 after a short illness. She was 65 years old.

Two large marquees were erected outside the royal palace‚ which is where the queen will be laid to rest.

While amakhosi and izinduna arrived bearing cows‚ amabutho and amatshitshi arrived wearing their full traditional Zulu attire to perform songs and dances in tribute to Her Majesty.

“She was our mother and our queen. We are here to pay our respects to her by doing what she enjoyed‚” said Senamile Ndlovu‚ one of the amatshitshi.

The queen’s body is expected to arrive later on Wednesday.