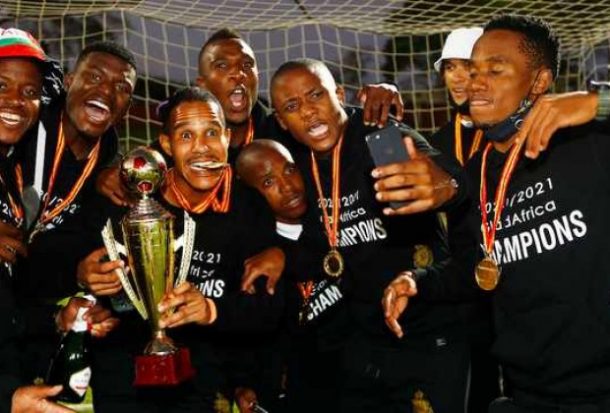 Royal AM have been charged for their no-shows in four matches of the Premier Soccer League’s (PSL) promotion-relegation playoffs and will face a disciplinary committee (DC) on July 17.

TimesLIVE is reliably informed that Royal were charged by PSL prosecutor Nande Becker with misconduct in that they did not honour four their playoffs fixtures.

The DC will be held on a Saturday to allow a full day to complete what is expected to be a lengthy hearing.

Becker is expected to push not just for a 3-0 win to be awarded to the opposition teams from for all four matches Royal did not honour‚ as per NSL Handbook rules‚ but for harsher sanction of a fine. It is understood that the DC does not have the power to expel a club‚ but that it can recommend such a sanction from the PSL’s Board of Governors.

This follows the saga‚ which has severely tarnished the image of the PSL‚ taking a dramatic turn of events with Royal AM’s latest application to Acting Judge Nyathi at the Gauteng High Court to have PSL acting CEO Mato Madlala held for contempt of court for ordering that the playoffs continue. That application will be heard on Tuesday‚ July 13.

Royal’s interpretation has been that an interdict granted by judge Nyathi against the playoffs being played applied even after Gauteng High Court deputy judge president Roland Sutherland dismissed the Durban club’s application to appeal a verdict upholding an arbitration decision to award three points to Sekhukhune United.

The PSL’s legal advice was that the interdict fell away after Sutherland’s ruling.

Sekhukhune were awarded three points in arbitration from a match they lost against Polokwane City‚ who had not fielded the five under-23 players required by GladAfrica Championship rules.

This pushed Sekhukhune above Royal in the final standings as champions‚ for automatic promotion to the Premiership. Royal were bumped down to competing in the playoffs.