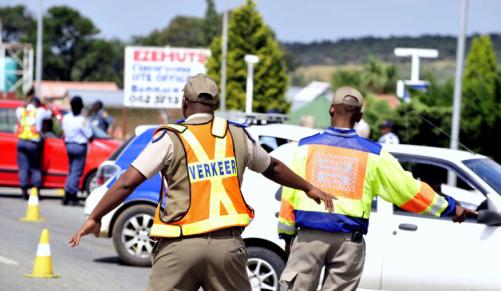 Roadworks to look out for during the festive season

The SA National Roads Agency (Sanral) has cautioned motorists about roadworks during the festive season.

Sanral spokesperson Vusi Mona said the construction industry will shut down operations on December 15 and resume on January 10.

“However‚ there are instances where minor work will be ongoing during the holiday break‚ for essential operations. We will try to minimise the effect on traffic flow by restricting work to daylight hours and limiting work on weekends and public holidays.”

Planning to travel over the holidays? Look out for:

In Gauteng‚ Mpumalanga‚ Limpopo and the North West stop/go traffic can be expected on the R37 near Lydenburg (Mashishing) and on the R33 outside Vaal Water.

“No routine road maintenance is expected during this time. Should an emergency arise‚ such as potholes‚ urgent arrangements will be made to attend to it‚” Sanral operations and maintenance manager for the four provinces Madoda Mthembu said.

Day-to-day maintenance will continue on the N4‚ including grass cutting and painting of road markings. Road markings will be done on the Mozambique side between Tchumene and Xai Xai interchanges and on the SA side between Kaalrug and Komatipoort‚ said Mona.

“ Maintenance on the N2 between Grahamstown (Makhanda) and the Fish River in the Eastern Cape will continue‚ with speed restrictions in place. Work involves patching and is expected to continue throughout the holiday period.

“On the R355 and R342 between Addo and Nguni River Lodge‚ about 15km is under construction. Two stop/go points will operate with reduced speed limits. Potential delay in travelling from Addo to Paterson is about 20 to 25 minutes.”

The construction team will try to keep three lanes open on the southbound side. Work will continue for a short period during the holiday to minimise disruption to traffic.

In the Western Cape and Northern Cape‚ upgrades to the Huguenot Tunnel are complete and no tunnel closures are expected. The N7 and N1 should be free-flowing. There will be ongoing patching on the N2 between Swellendam and Riversdale and a short portion east of Wilderness throughout the holiday period.

“Repairing and maintaining roads is essential for safety. We apologise for any inconvenience caused as a result of the sporadic stop/go traffic. We will try to minimise the affect on traffic flow‚” Sanral regional manager Randall Cable said.