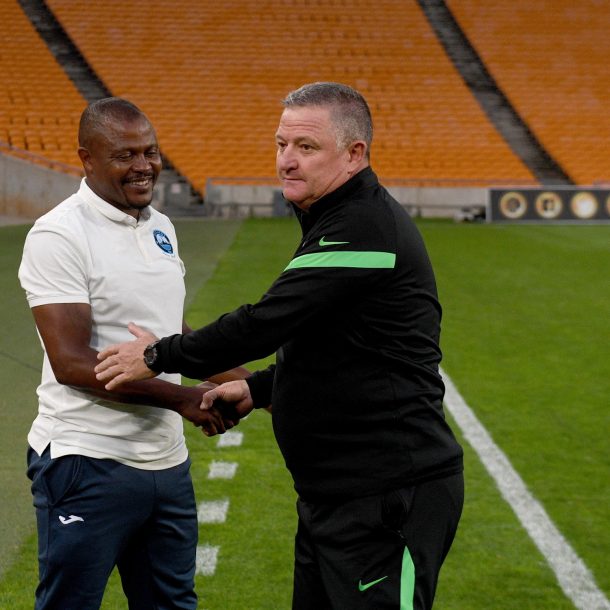 Richards Bay coach Simo Dladla has explained in detail how he masterminded the stunning 2-1 win over fancied Kaizer Chiefs on Sunday.

Richards Bay dumped Chiefs out of the Nedbank Cup in a match where Dladla said he demanded his players to stick to their usual league routines and not to be star-struck.

“I told the players to play as a team because we are not used to live games in the GladAfrica Championship‚ not to be carried away and not to play for themselves but for the club‚” said Dladla.

“I also told them that Chiefs players are the same as them and they must not be star-struck because it’s just a bigger stage. I think my guys carried out the instructions very well even though in some parts they didn’t do it that well but I am happy that we won the match.”

Dladla further explained that they approached the match like they do in the National First Division (NFD).

“We approached the game like a normal league game. You know in the GladAfrica Championship we have an U23 rule‚ so I always had two U23 players on the park even when we made changes to resemble the league. We wanted the real strength for our team and going forward we might make changes and not bring the same team.

“For me it was to give the players this Chiefs game as a reward because they have been doing very well in the league‚” he said adding that their main focus this season remains fighting for promotion to the PSL.

“This is cup not important for us‚ the primary goal for us is promotion to the PSL. I am frustrated having spent six years in this league and hot having won anything. It is frustrating and my focus is on the league and we might play other players when we go forward.

“We are getting better and I happy that we played the way that we did and that we won because it gives us confidence and belief that we can do well in our own league. The important project is the league and we wanted to get the confidence and test ourselves at a higher level.”

Richards Bay were impressive in the heart of the midfield and Dladla said he was impressed with the performances of central midfielders Victor Bakah and Siphamandla Mtolo.

“I am very happy with him (Bakah)‚ he reads the game very well and he is a box to box midfielder who goes up and down with Mtolo sitting there. Between the two of them we are rock solid in the middle of the park and I knew that we were going to give them problems. That’s why I reinforced that area to force them to go wide.”