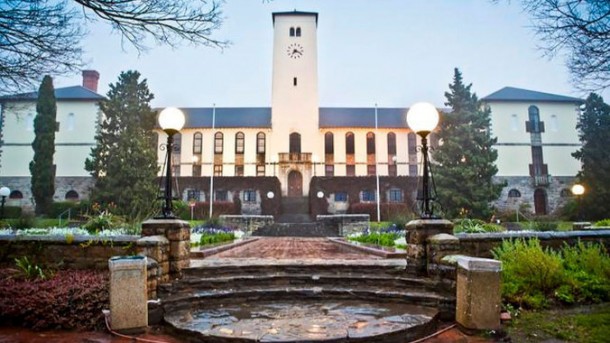 Rhodes University erupted into chaos when hundreds of students started searching residences for alleged rapists and threatened an academic shutdown when the names of 11 male students accused of rape were posted on social media.

With tensions running high and the number of protesters growing since Sunday night‚ two of the men whose names appeared on the list were reportedly held against their will and lectures were disrupted on Monday.

The protest arose after the launch of a rape culture awareness campaign‚ which had prompted the Student Representative Council (SRC) to express support.

However‚ when the SRC tweeted a picture of council members expressing solidarity‚ a student retweeted the picture‚ saying her friend’s alleged rapist was in the image.

In the wake of the outrage and class disruptions‚ the Grahamstown institution has committed to establishing a task team comprising staff and students to ensure stronger mechanisms to support victims of rape and sexual abuse.

Police have also urged students to report such crimes to them‚ but counsellors claim the alleged victims are reluctant to do so because of the added trauma and low conviction rate.

The topic has been trending on Twitter since Sunday night‚ under the hashtag #RUreferencelist. The hashtag refers to the “reference list” in which the 11 names appeared – as students called on university leadership to take action against the alleged perpetrators.

On Monday‚ a group of about 60 students disrupted lectures at several departments while awaiting a response from management. Students also stormed the law faculty‚ demanding to speak to the dean as some of those being accused are law students.

SRC activism and transformation councillor Naledi Mashishi described the situation at the university as tense “as students are angry at management and the people named on the list”.

She said: “Students are going around disrupting lectures. However‚ lectures are still ongoing.” Mashishi said the drama started around 7pm on Sunday when a “reference list” containing the names of past and present students who had been accused of rape was posted anonymously on social media.

Students were angered further after rumours circulated that one of the alleged perpetrators had received a “sentence” of community service or “hours”.

“The students who saw this post wanted to go to the SRC offices because one of the names is that of an SRC member‚” Mashishi said.

Mashishi said the group had then congregated at the drama department‚ where they called for a shutdown of the varsity.

“We decided against a shutdown because if there are victims of rape‚ they would need access to health and counselling services‚” she said.

“The students then voted in favour of an academic shutdown.

“Since [Monday] morning‚ a group of about 60 students have been going around campus disrupting lectures.” University spokesperson Catherine Deiner said vice-chancellor Sizwe Mabizela had tried to engage with the protesters at three different venues but to no avail. Mashishi said a rape culture awareness campaign had sparked the growing anger.

“The SRC tweeted a picture of council members expressing our solidarity with this campaign‚” she said.

“A student then tweeted the picture‚ saying her friend’s [alleged] rapist was in the same picture.