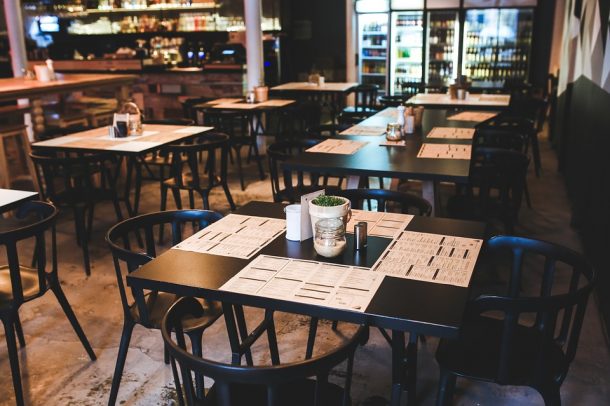 The Restaurant Association of SA (Rasa) says the longer curfew imposed over the festive season poses significant challenges if establishments must close by 10pm.

President Cyril Ramaphosa on Monday announced that restaurants would not be allowed to operate beyond 10pm‚ and extended the curfew from 11pm to 4am.

Rasa spokesperson Wendy Alberts told Jacaranda FM on Tuesday they were not in agreement with the new restrictions.

“The curfew is a bit tricky trying to get staff home‚ get the restaurants clean and sanitised‚” she said.

She said the association had written a letter to ask that staff be allowed travel beyond the curfew.

Alberts said the industry had been dealt another blow as establishments are allowed to accommodate only 100 patrons indoors.

“This has become a very problematic announcement for us. We contacted the minister of tourism this morning to have an open-line conversation about ways we could look at to be responsible.

“While we are trying to play our role during the resurgence‚ I think government has a responsibility to engage with us and look at a solution that has the least impact‚” she said.

The alcohol industry came out in support of the interventions announced by Ramaphosa on “localised‚ targeted interventions”.

“The industry has already voiced its support of government’s measures to reduce the spike in coronavirus infections stemming from gatherings. During the festive season‚ the sector has withdrawn all support for or association of its brands with naming rights for major entertainment events for which an events licence is required‚” the industry said in a joint statement.

However‚ it raised concern about restricting off-consumption outlets to trading between 10am and 6pm from Mondays to Thursdays only.

“Like grocery shops‚ off-consumption retailers have demonstrated efforts to adhere to the safety protocols in the management of shoppers. The severe limitation put on the off-consumption channel will have a devastating impact that could potentially lead to job losses in the retail sector‚” it said.

“The industry urges everyone to download the Covid alert SA app from either the Apple App or Google Play store. The industry also urges the public to make use of the hotline to report any violation of the regulations.”

“It’s a reminder we are in a pandemic. This is what you call a black swan. We have to take the necessary precautions. With the risk spiking up‚ we have to adjust accordingly. Some of the measures were announced by the president to mitigate this risk‚” he said on Power FM.

“The best place to social distance is to go out to open rural areas‚ villages and not epicentres. It’s about being conscious about social distancing. Travel as a family and keep within that [circle]. Avoid places with a high concentration of people.”