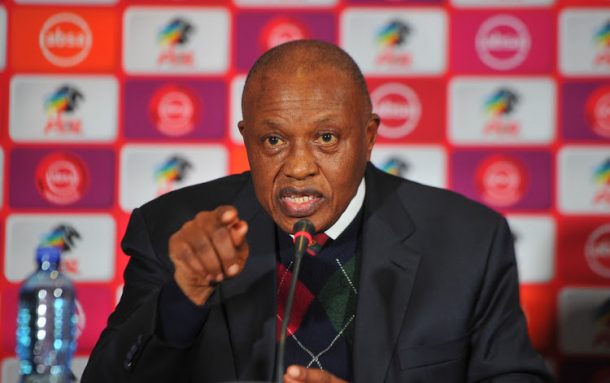 The Premier Soccer League (PSL) clubs and fans will have to wait a little longer before they find out when is the season is going to resume.

PSL chairman Irvin Khoza addressed an eagerly anticipated press conference on Monday and said he was not in a position to confirm a date to restart the season that was suspended due to the outbreak of the coronavirus pandemic in March.

“What we have done‚ and it is a practice that is normal‚ we submitted the dates to the mother body (the South African Football Association). We have not made it public and the date that is in the public is not our date because we have not officially announced it‚” he said.

“We have submitted the fixture list to Safa and that is what we do every year so that they supply referees. They have taken that correspondence to the compliance officers meeting for discussion and we just have to wait.

“There have been serious engagements between us and the mother body to make sure that we find a solution.

“They are sensitive to the realities facing the league and they are aware of safety issues because it may have a burden on them.

“Things must be done in the correct way‚ we have a very challenging situation in the country with the sports and recreation act and the Sasrea act which puts different responsibilities on event organizers.”

Khoza also confirmed that the ‘bio-bubble’ would take place in Gauteng despite the fact that the province is SA’s Covid-19 epicenter. The PSL’s intention is to finish the season in six weeks.

“When we submitted our applications to government‚ which was a Board of Governors (BOG) resolution‚ it was that we are going play all the games in Gauteng Province and North West Province‚” he said.

“We did receive a very good pitch from KwaZulu-Natal‚ which was considered by the task team‚ but unfortunately because of the application that was submitted the venue was Gauteng or North West Province.

“As we speak now‚ the PSL has resorted to stick to Gauteng only because of the advantage that it gives.

“In so far as the GladAfrica Champiosnhip‚ the BOG resolution was that all the 32 clubs must go to the bubble and finish the season.

“Most of the teams don’t have reserves and we hope that sooner than later we will be resuming the programme.”