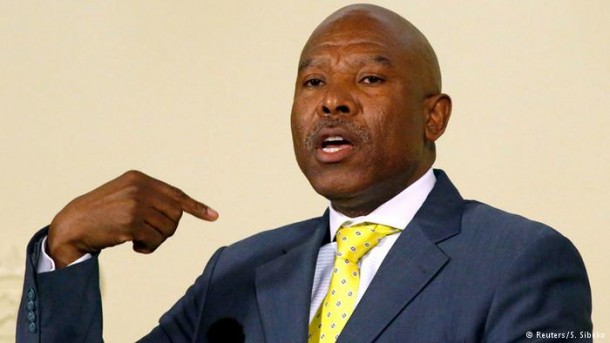 The governor of the South African Reserve Bank‚ Lesetja Kganyago‚ has been asked to investigate whether banks‚ who had business relationships with the Guptas‚ complied with all the relevant provisions of the Financial Intelligence Centre Act.

The request by David Maynier‚ the Democratic Alliance’s shadow minister of finance‚ also asks the Governor: “If the investigation determines that certain banks failed to comply‚ to order any appropriate remedial action or administrative sanctions”.

Maynier said in a statement on Monday that Nazeem Howa‚ the Chief Executive Officer of Oakbay Investments (Pty) Ltd‚ wrote to Mmusi Maimane‚ the Leader of the Opposition‚ on 21 April 2016‚ requesting a meeting.

“Unsurprisingly the purpose of the meeting would have been to request assistance in appealing to the banks to review their decision to terminate their business relationship with Oakbay Investments (Pty) Ltd.

“It goes without saying that the request for the meeting was inappropriate and there will be no meeting with anybody from Oakbay Investments (Pty) Ltd.”

Maynier said the DA believed it was wrong for the Minister of Finance Pravin Gordhan‚ the Minister of Labour Mildred Olifant and the Minister of Mineral Resources Mosebenzi Zwane‚ to be intervening‚ on behalf of the Guptas‚ in business decisions taken by the banks; and that this matter was best left to the South African Reserve Bank which is responsible for the regulation of the banking industry in South Africa.

During a post-cabinet briefing last week‚ Minister in the Presidency Jeff Radebe said the three ministers would open a “constructive engagement” with the banks over the closing of the accounts of “a company”.

South Africa’s four major banks have refused to do business with the company amid widespread allegations of state capture.

Radebe said “whilst cabinet appreciates the terms and conditions of the banks‚ the acts may deter future potential investors who may want to do business in South Africa“.

He also said the ministers were not conducting a special investigation‚ but rather an “engagement“. He did however at one point refer to the three ministers as a “task team“.