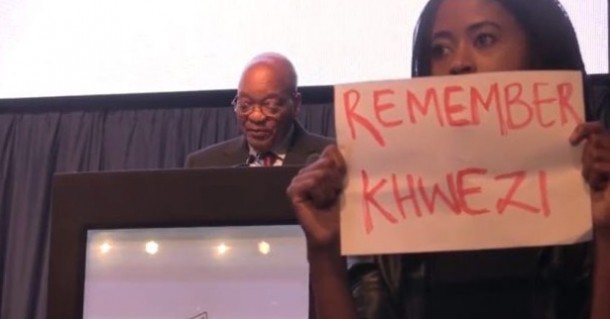 The woman who accused President Jacob Zuma of rape in 2005‚ Aids activist Fezekile Ntsukela Kuzwayo‚ who was always referred to in the media simply as Khwezi‚ has died.

“It is with our deepest sorrow that the Kuzwayo family announces the passing of our daughter Fezekile Ntsukela Kuzwayo. In our family she was lovingly known as Fezeka‚ and in the public domain her supporters called her Khwezi‚” the statement read.

They described her as: “A loving soul. A daughter‚ a sister and an aunt we will forever hold dear in our hearts. We loved her in life‚ let us never forget her after death.”

Khwezi made headlines after she accused President Jacob Zuma of raping her ten years ago‚ but he was acquitted of the charge in May 2006.

It is not yet clear what led to the death of Khwezi but she was reportedly diagnosed with HIV/Aids in 1990.

Her family has asked for “space to mourn privately as we prepare to lay her to rest”.