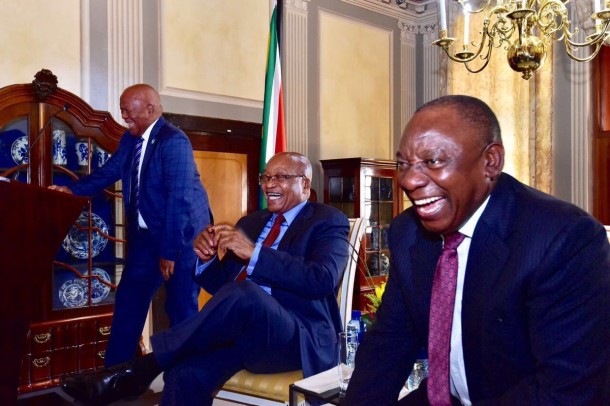 The event was held at Tuynhuys in Cape Town.

In attendance at the cocktail were ministers and deputy ministers.

These were the first pictures of Zuma to be shown since he stepped down from his presidential seat last week.