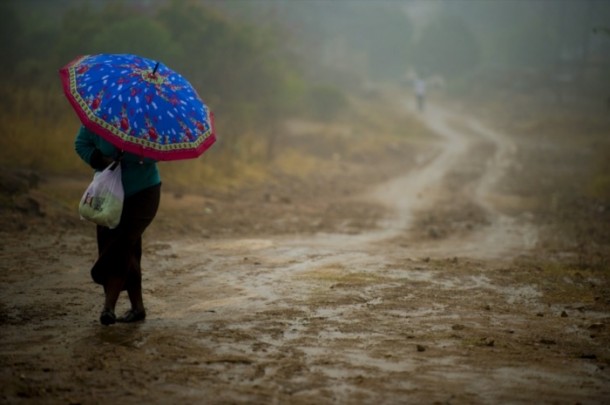 Rain‚ cold on its way as cold front heads to SA

A strong cold front will bring heavy rain‚ gale-force winds and cold conditions to the Western Cape on Thursday.

Cape Town was basking in a sunny 25˚C on Tuesday‚ ahead of the arrival of the cold front that will see temperatures in the Free State‚ North West‚ Gauteng and Mpumalanga plummet by Saturday.

The South African Weather Service warned on Tuesday that heavy rain leading to flooding was expected over Cape Town‚ the Cape Winelands‚ and western parts of the Overberg and West Coast districts on Thursday and extending into Friday. There is a possibility of flash flooding. The cold front will also affect the Northern Cape.

MEDIA RELEASE: Please be advised of the intense cold front resulting in wet and cold weather for the WC 14-15 June 2018 and Gauteng, FS + Mpu will be affected in max temp. Visit https://t.co/82W3dwn2P1 for full view of the document. Follow us for updates & Take care. @ReenvalSA pic.twitter.com/MNUGZqk2gS

“Significant rainfall amounts can be expected from Thursday morning‚ where spells of heavy downpours are likely from late morning into the afternoon‚” said the weather service.

There will be very rough sea conditions along the west coast between Cape Columbine and Cape Agulhas‚ where wave heights are likely to reach 4-6m on Thursday afternoon‚ coinciding with the spring high tide.

“Coastal damage may occur along the south-west coastal regions. Small vessels should ideally remain in port during this period.

“Strong to gale force‚ gusty north-westerly winds (50-70km/h) are expected over the Western Cape and Namakwa district interior on Thursday into Friday. As the cold front makes its way to the south-eastern parts of the country on Friday‚ strong to near-gale force westerly to south-westerly winds (in excess of 50km/h) can be expected along the Eastern Cape coast with wave heights between 5 and 7m.

“Temperatures over the high-lying areas of the Western and Eastern Cape as well as the southern parts of the Northern Cape are expected to drop significantly‚ with certain areas reaching very cold conditions.”

By Saturday‚ cold‚ dry air will spread to the interior of the country‚ resulting in cold daytime conditions over the Free State‚ North West‚ Gauteng as well as Mpumalanga.